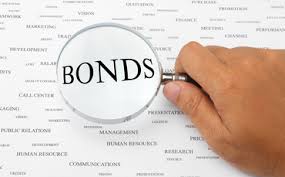 A bonds is generally a form of debt which the investors pay to the issuers for a defined time frame. In a layman’s language, bond holders offer credit to the company issuing the bond.If a business wants to expand, one of its options is to borrow money from individual investors, pension funds, or mutual funds. The company issues bonds at various interest rates and sells them to the public.

Following are the types of bonds: