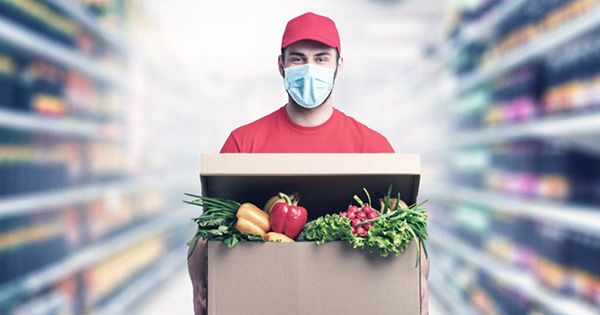 Flink, the Berlin-Based Instant Grocery Startup, is Now Valued at $2.85B after Raising $750M in a Round Led by DoorDash

Instant food delivery remains a bubbly sector, but today brings word of a large fundraising round for one of the market’s players, which investors hope will survive when the commotion has cooled down. Flink, a Berlin-based startup that sells food and other essentials at supermarket prices and promises delivery in less than 10 minutes, has announced that it has raised $750 million in a Series B round led by a strategic backer, DoorDash, at a pre-money valuation of $2.1 billion ($2.85 billion post-money).

Flink now has a presence in 60 cities across four countries, with a client base of 10 million; the objective is to utilize the funds to expand that footprint, both organically and perhaps by acquiring competitors, (we have confirmed that most of the round is in equity, with a small portion in debt for acquisitions).

Previous backer Mubadala Capital (who supported Flink in a $240 million round just a few months ago) and other undisclosed new and prior investors were also involved in the deal. (Previous backers include REWE, Prosus, Bond, Target Global, Northzone, Cherry Ventures, and TriplePoint Capital, among others.)

When you consider the scale of the investment, Flink has only been established for a year and has only been commercially active for seven months. Oliver Merkel, the company’s CEO, and co-founder said in a rare interview that he feels part of the reason Flink has drawn attention amid the crowded field of quick delivery firms is due to the founders’ track records.

Merkel worked for years as a management consultant in the grocery and retail industries at Bain; co-founders Julian Dames and Christoph Cordes are Rocket Internet alumni who launched the food delivery firm Foodora and the furniture e-commerce company Fashion for Home, respectively (acquired by Home24, where Cordes became CEO).

“I believe what we provide and why we were able to achieve market leadership in such a short period of time is due to our obsession with how we do things… We also bring a wealth of experience to the table. We’ve made a lot of mistakes in the past, and we’re hoping to learn from them,” Merkel added. (Another motivation for wooing investors might be that, for a media-shy person, he is rather personable; that last remark, like many of the others he made off the record, delivered tongue-in-cheek.) This round has been in the works for some months, and the narrative behind it speaks to the current market’s volatility and enthusiasm, as well as where Flink feels it stands out.

Last summer, DoorDash came to Berlin with the intention of investing in Gorillas, one of Flink’s main competitors, but the agreement fell through due to differences in management styles and long-term growth goals between the two firms. As a result, DoorDash began speaking with Flink, where it discovered that the company’s management better aligned in their growth objectives and methods. (Instead, Gorillas received funding from another strategic, Delivery Hero, as part of a $1 billion deal.) Meanwhile, Flink, which had recently completed its own investment round, was considering a merger and acquisition. E-commerce and delivery behemoth Amazon, as well as another U.S. fast grocery delivery firm Gopuff, have targeted the startup as an acquisition candidate.