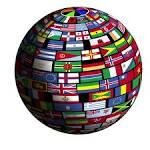 Globalization of Markets and Competition: Trade is increasingly global in scope today. There are several reasons for this. One significant reason is technological—because of improved transportation and communication opportunities today, trade is now more practical. Thus, consumers and businesses now have access to the very best products from many different countries. Increasingly rapid technology life cycles also increases the competition among countries as to who can produce the newest in technology. In part to accommodate these realities, countries in the last several decades have taken increasing steps to promote global trade through agreements such as the General Treaty on Trade and Tariffs, and trade organizations such as the World Trade Organization (WTO), North American Free Trade Agreement (NAFTA), and the European Union (EU).

Stages in the International Involvement of a Firm. We discussed several stages through which a firm may go as it becomes increasingly involved across borders. A purely domestic firm focuses only on its home market, has no current ambitions of expanding abroad, and does not perceive any significant competitive threat from abroad. Such a firm may eventually get some orders from abroad, which are seen either as an irritation (for small orders, there may be a great deal of effort and cost involved in obtaining relatively modest revenue) or as “icing on the cake.” As the firm begins to export more, it enters the export stage, where little effort is made to market the product abroad, although an increasing number of foreign orders are filled. In the international stage, as certain country markets begin to appear especially attractive with more foreign orders originating there, the firm may go into countries on an ad hoc basis—that is, each country may be entered sequentially, but with relatively little learning and marketing efforts being shared across countries. In the multi-national stage, some efficiencies are pursued by standardizing across a region (e.g., Central America, West Africa, or Northern Europe). Finally, in the global stage, the focus centers on the entire World market, with decisions made optimize the product’s position across markets—the home country is no longer the center of the product. An example of a truly global company is Coca Cola.

Note that these stages represent points on a continuum from a purely domestic orientation to a truly global one; companies may fall in between these discrete stages, and different parts of the firm may have characteristics of various stages—for example, the pickup truck division of an auto-manufacturer may be largely domestically focused, while the passenger car division is globally focused. Although a global focus is generally appropriate for most large firms, note that it may not be ideal for all companies to pursue the global stage. For example, manufacturers of ice cubes may do well as domestic, or even locally centered, firms.

Some forces in international trade. The text contains a rather long-winded appendix discussing some relatively simple ideas. Comparative advantage, discussed in more detail in the economics notes, suggests trade between countries is beneficial because these countries differ in their relative economic strengths—some have more advanced technology and some have lower costs. The International Product Life Cycle suggests that countries will differ in their timing of the demand for various products. Products tend to be adopted more quickly in the United States and Japan, for example, so once the demand for a product (say, VCRs) is in the decline in these markets, an increasing market potential might exist in other countries (e.g., Europe and the rest of Asia). Internalization/transaction costs refers to the fact that developing certain very large scale projects, such as an automobile intended for the World market, may entail such large costs that these must be spread over several countries.