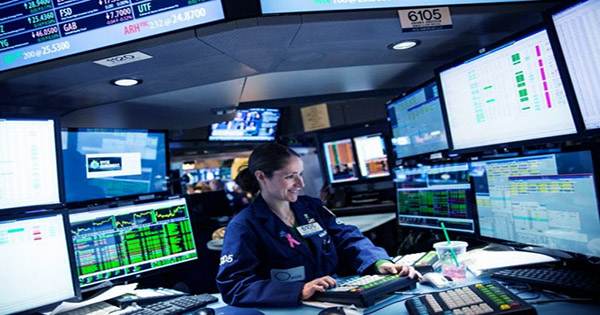 Juven, a Mauritius-based and UK-based investment firm, went operational today with intentions to support African growth-stage technology and consumer startups. In a statement, the one-year-old firm said it is aiming to invest big sums in startups with “proven business concepts, strong revenue traction, and vast addressable markets.” Juven is one of the few growth-oriented investment groups on the continent, among TLcom, Novastar, and Partech Africa that have made major investments in tech enterprises in recent years.

Juven, however, is not a venture capital fund; the evergreen investment firm is a spinoff from Goldman Sachs’ Africa main team, which has made multiple high-growth investments in the digital industry since 2014. The Africa team, the Special Situations Group, managed Juven founder Jules Frebault. He joined Goldman Sachs in 2010 and developed the department’s strategy from a London office to back firms across the continent that might make a profit.

The team began by making private equity, credit investments, with the most famous bets being in telecom-related enterprises, and towers such as the IHS Towers. Goldman Sachs then ventured into growth-stage digital investing, financing Africa’s first unicorn, Jumia, as well as Zipline and Eat’N’Go. Unicef’s Series B round, Jumo’s second Series B, Kobo360’s Series A, and Twiga Foods’ Series B round were all headed it.

The Juven team was pulled out of Goldman Sachs to “go after the growth-stage opportunity in Africa with a dedicated structure, funds, resources, and mission,” according to Frebault. As a result, Goldman Sachs’ growth portfolio — Unicaf, Jumo, Kobo360, Twiga, and Eat’N’Go — was transferred to Juven. Frebault took some former Goldman Sachs workers with him to expand Juven’s activities.

The corporation is set up with a holding company and a balance sheet that lists all of its assets and cash. When an investment is monetized, the capital is returned to Juven, who redeploys it. Using these approaches, you may make many investments without having to raise additional cash. “In terms of how it’s constituted, it’s essentially similar to a corporation,” Frebault remarked. “And the cash we deploy comes from either our balance sheet or follow-on investments from our shareholders.”

As a result, Juven has re-invested in four of its current portfolio firms this year. Though the business hopes to make more investments before the end of the year, Frebault believes the firm may only make three every year. The typical ticket will be for $10 million to $30 million, with follow-on payments at $50 million or more. According to the creator, Juven focuses in Series B and later-stage expansion rounds for IT firms, which is one of its key goals.

Juven will give extra benefits in the areas of financial, legal, operational, and strategic assistance because it only makes a few investments per year. “We have to be flexible and start at $10 million because that may be the ideal amount for Series B rounds on the continent,” said Frebault. “We don’t invest in a lot of firms and don’t adopt a venture capital strategy.” We build concentrated holdings in firms and then continue to invest in them over time.”

According to the firm, Juven’s focus is on entrepreneurs who are using technology to tackle challenges related to mass access. Juven may also examine non-tech firms that can handle such difficulties, according to Frebault. Although the organization claims to be able to invest in nearly anything, companies that solve challenges in the areas of food, education, healthcare, financial services, commerce, and logistics are likely to be given priority.

“We can invest in anything,” the entrepreneur remarked, “but we’re steering away from extractive sectors.” The scenario is similar with nations since the investment firm prefers enterprises developing regionally in big consumer economies such as Nigeria, Kenya, Egypt, South Africa, Ghana, and the Ivory Coast.

Despite the fact that the team that oversaw Goldman Sachs’ investments in Africa has moved to Juven, Frebault claims that the 152-year-old investment firm’s Asset Management division still has a worldwide mandate that covers Africa, but on a bigger scale and with institutional involvement. Frebault’s move, Juven’s action, Goldman Sachs’ own bigger aims, or future intentions for the region all refused.