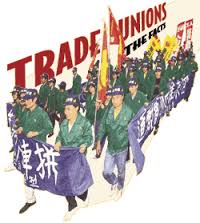 Trade unions in the United Kingdom were first decriminalised under the recommendation of a Royal Commission in 1867, which agreed that the establishment of the organisations was to the advantage of both employers and employees. Legalised in 1871, the Trade Union Movement sought to reform socio-economic conditions for working men in British industries, and the Unions’ search for this led to the creation of a Labour Representation Committee which effectively formed the basis for today’s Labour Party, which still has extensive links with the Trade Union Movement in Britain. Margaret Thatcher’s governments weakened the powers of the unions in the 1980s, in particular by making it more difficult to strike legally, and some within the British trades union movement criticised Tony Blair’s Labour government for not reversing some of Thatcher’s changes. Most British unions are members of the TUC, the Trades Union Congress (founded in 1867), or where appropriate, the Scottish Trades Union Congress or the Irish Congress of Trade Unions, which are the country’s principal national trade union centres.

The decline in numbers of members, very steep in the 1980s (from 13 million in 1979) seems to have stopped now, and numbers have stayed around 7.3 million since the year 2000. This means that trade unions remain among the biggest organisations in the country.

Unions in Britain were subject to often severe repression until 1824, but were already widespread in cities such as London. Workplace militancy had also manifested itself as  Luddism and had been prominent in struggles such as the 1820 Rising in Scotland, in which 60,000 workers went on a general strike, which was soon crushed. From 1830 on, attempts were made to set up national general unions, most notably Robert Owen’s Grand National Consolidated Trades Union in 1834, which attracted a range of socialists from Owenites to revolutionaries. That organisation played a part in the protests after the Tolpuddle Martyrs’ case, but soon collapsed.

In the later 1830s and 1840s, trade unionism was overshadowed, to some extent, by political activity. Of particular importance was Chartism, the aims of which were supported by most socialists, although none appear to have played leading roles.

More permanent trade unions were established from the 1850s, better resourced but often less radical. The London Trades Council was founded in 1860, and the Sheffield Outrages spurred the establishment of the Trades Union Congress in 1868. The legal status of trade unions in the United Kingdom was established by a Royal Commission in 1867, which agreed that the establishment of the organisations was to the advantage of both employers and employees. Unions were legalised in 1871.

In Principles of Political Economy (1871) John Stuart Mill expressed some of the more liberal sentiment towards unions of the time.

“If it were possible for the working classes, by combining among themselves, to raise or keep up the general rate of wages, it needs hardly be said that this would be a thing not to be punished, but to be welcomed and rejoiced at. Unfortunately the effect is quite beyond attainment by such means. The multitudes who compose the working class are too numerous and too widely scattered to combine at all, much more to combine effectually. If they could do so, they might doubtless succeed in diminishing the hours of labour, and obtaining the same wages for less work. They would also have a limited power of obtaining, by combination, an increase of general wages at the expense of profits.”

It is notable that a similar theoretical stance is taken by orthodox economists to this day.

The strongest unions of the mid-Victorian period were unions of skilled workers such as the Amalgamated Society of Engineers. Trade unionism amongst semi-skilled and unskilled workers made little progress until the emergence of the New Unions in the late 1880s. Unions played a prominent role in the creation of the Labour Representation Committee which effectively formed the basis for today’s Labour Party, which still has extensive links with the trade union movement in Britain.

The years 1910–14 witnessed serious industrial unrest and an enormous increase in trade union membership, which affected all industries, though to differing extents. World War I resulted in a further increase in union membership, as well as widespread recognition of unions and their increased involvement in management.

In 1926, the Trade Union Congress called a general strike in defence of the pay and conditions of coal miners. After a nine-day industrial dispute, two unions took the TUC to court to prevent them being called out on strike. The subsequent court decision, the so-called Astbury judgement, ruled the general strike illegal. The ruling forced the TUC to capitulate as it resulted in the TUC being directly liable for huge fines from employers, and simultaneously gave the government the ability to confiscate all union funds. Ultimately many miners returned to work, and were forced to accept longer hours and lower pay. Additionally, in 1927 the government passed sweeping anti-union legislation under the Trade Disputes and Trade Union. This imposed major curbs on union power, including outlawing sympathetic strikes and mass picketing, and ensuring that civil service unions were banned from affiliating with the TUC.

Major strike action by British unions during the 1978–1979 Winter of Discontent are widely acknowledgedto have contributed to the downfall of the Labour government of James Callaghan. Callaghan, himself a trade-unionist, had previously appealed for unions to exercise pay restraint, as part of the British Government’s policies at the time to try to curb rampant inflation. His attempt to try to limit unions to a 5% pay rise led to widespread official and unofficial strikes across the country during the winter of that year. Official and unofficial strike action by lorry drivers, rail workers, nurses and ambulance drivers precipitated a feeling of crisis in the country. Memorable scenes of picketed hospitals, mounting piles of coffins, and heaps of unburied rubbish accumulating in public parks were embedded deeply in the public psyche. The effects of the union action caused a major swing in voting intention. In November 1978, a Gallup poll suggested a 5% Labour lead in the opinion polls. Following the union action that Winter, in February 1979, the Conservatives had a 20% lead. When Jim Callaghan’s government lost a vote of no confidence, Margaret Thatcher’s Conservatives swept to victory in the subsequent general election and introduced new union laws in part to combat the industrial unrest that had plagued the previous Wilson and Callaghan governments.