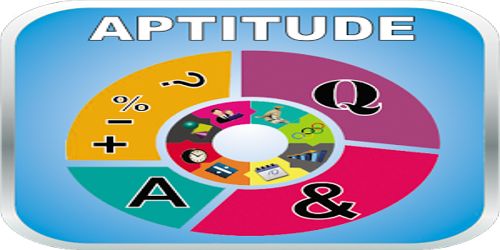 Aptitude tests measure whether an individual’s has the capacity or latent ability to learn a given job if given adequate training. The use of aptitude test is advisable when an applicant has had little or no experience along the line of the job opening. Aptitudes tests help determine a person’s potential to learn in a given area. An example of such test is the general management aptitude tests (GMAT), which many business students take prior to gaining admission to a graduate business school program.

Aptitude test indicates the ability or fitness of an individual to engage successfully in any number of specialized activities. They cover such areas clerical aptitude, numerical aptitude, mechanical aptitude, motor co-ordination, finger dexterity and manual dexterity. These tests help to detect positive negative points in a person’s sensory or intellectual ability. They focus attention on a particular type of talent such as learning or reasoning in respect of a particular field of work.

They measure the overall intellectual ability of a person and enable to know whether the person has the mental ability to deal with certain problems.

They measure the ability of a person to learn a particular type of mechanical work. These tests helps to measure specialized technical knowledge and problem solving abilities if the candidate. They are useful in selection of mechanics, maintenance workers, etc.

They are those, which measure a person’s ability to do a specific job. Such tests are conducted in respect of semi- skilled and repetitive jobs such as packing, testing and inspection, etc.

This test helps to evaluate traits of intelligence. Mental ability, presence of mind (alertness), numerical ability, memory and such other aspects can be measured.

The intelligence is probably the most widely administered standardized test in industry. It is taken to judge numerical, skills, reasoning, memory and such other abilities.

This is conducted to find out likes and dislikes of candidates towards occupations, hobbies, etc. such tests indicate which occupations are more in line with a person’s interest. Such tests also enable the company to provide vocational guidance to the selected candidates and even to the existing employees.

These tests are used to measure an individual’s activity preferences. These tests are particularly useful for students considering many careers or employees deciding upon career changes.

The importance of personality to job success is undeniable. Often an individual who possesses the intelligence, aptitude and experience for certain has failed because of inability to get along with and motivate other people.

It is conducted to judge maturity, social or interpersonal skills, behavior under stress and strain, etc. this test is very much essential on case of selection of sales force, public relation staff, etc. where personality plays an important role.

Personality tests are similar to interest tests in that they, also, involve a serious problem of obtaining an honest answer.

This test requires interpretation of problems or situations. For example, a photograph or a picture can be shown to the candidates and they are asked to give their views, and opinions about the picture.

Now a day’s G.K. Tests are very common to find general awareness of the candidates in the field of sports, politics, world affairs, current affairs.

At times perception tests can be conducted to find out beliefs, attitudes and mental sharpness etc.

It is designed to analyze the handwriting of individual. It has been said that an individual’s handwriting can suggest the degree of energy, inhibition and spontaneity, as well as disclose the idiosyncrasies and elements of balance and control. For example, big letters and emphasis on capital letters indicate a tendency towards domination and competitiveness. A slant to the right, moderate pressure and good legibility show leadership potential.

Polygraph is a lie detector, which is designed to ensure accuracy of the information given in the applications. Department store, banks, treasury offices and jewelers shops, that is, those highly vulnerable to theft or swindling may find polygraph tests useful.

It reveals physical fitness of a candidate. With the development of technology, medical tests have become diversified. Medical servicing helps measure and monitor a candidate’s physical resilience upon exposure to hazardous chemicals.