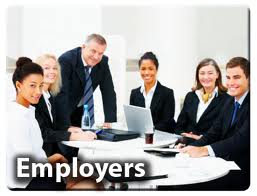 The Term Employer is defined in section 2, Subsection (XLIX), previously the term was defined in different law for different purposes like for payment of wages, for Employment, for Factories and for Shops and establishment. But the new law provides a single definition to cover all the purposes. As per the above section any person in relation to an establishment who employs workers therein and includes:

• An heir, Successor, Assignees, Guardian or legal representative of such persons

• For any other establishment, the Owner of the establishment and every director, Manager, Secretary or the agent of such persons

Again, the two ILO fundamental rights Conventions (nos. 29 and 105) also addresses the abolition of forced labour, and Bangladesh has ratified these two conventions long time ago. But, this constitutional guideline is still ignored in the new Codeas the Law has not defined the word forced labour in it and has not provided for the punishment and procedure thereof. 15 Therefore, forcing the worker to work in a factory for days together continuously by the factory owners against their intention should be strictly prohibited and law should address this issue as per our Constitution and ratified ILO Conventions.

Any discriminatory behavior on the basis of sex, color and creed is totally prohibited in any law in Bangladesh. Articles 27 and 28 have provided a guideline to the legislator to make the discrimination free environment in every walk of national life. Section 345 of the Code is, however, noteworthy in this connection. The section is stated as follows: “In determination of the wages for a worker or in fixation of the minimum wages equality irrespective of the sex of the worker, shall be maintained. No discrimination in this regard shall be tolerated by law”. Article 27 of the Constitution is stated as follows:

All citizens are equal before Law and are entitled to equal protection of Law.

Article 28 of the Constitution is stated as follows:

The State shall not discriminate against any citizen on the grounds of religion, race, caste, sex or place of birth.

Therefore, discrimination on the grounds of any of the above issues is prohibited in the country.

Section 4 of the new Labour Code of 2006 classifies the workers into following classes:

There is no change in the classification of labour. But in the calculation of the period of probation, the earlier laws included all the leaves and strikes and lockouts during that period which the new law has ignored and refrained from specific provisions in this regard.