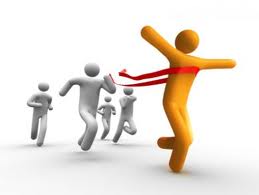 Emotional intelligence is the ability to understand and manage both your own emotions, and those of the people around you. People with a high degree of emotional intelligence usually know what they’re feeling, what this means, and how their emotions can affect other people.

The concept of emotional leadership is one that is often ignored when contemplating the important aspects of leadership.  I believe that leadership of an organization is leadership of emotions.  According to Friedman (1999), there are several major components of leadership including self-differentiation, staying connected while remaining non-reactive, having a non-anxious presence, managing triangles, and persistence in the face of sabotage.  Self-differentiation involves knowing what you believe and pursuing those beliefs despite what others think.  It also involves the maintenance of one’s own function in the organization.  This means that one should evaluate whether he or she is over functioning because when one is over functioning in any relationship another is probably under functioning.  Staying connected while remaining non-reactive means that one understands the vision of the organization and maintains a focus on its vision while, at the same time, remaining detached enough that he or she is not overly anxious about the processes of the institution.  Having a non-anxious presence involves having a calming effect on the organization by remaining calm despite the situation present.  A leader who remains non-anxious can affect those following simply by retaining a calming air about him or her.  Managing triangles includes being a part of a relationship without attempting to change the relationship of others in the triangle.  The objective is maintaining one’s positions without getting involved in the disputes of others.  Finally, the persistence in the face of sabotage deals with the leader’s ability to realize that resistance will come when any leader takes the initiative in an organization.  The leader should hold fast to his or her plans despite attempted sabotage by others and may even realize that the existence of conflict indicates that he or she is probably acting appropriately.

While I believe all these ideas Friedman (1999) spoke of are important in being an effective leader, it is often very difficult to remain self-differentiated with regard to all these beliefs.  However, I believe a leader can begin working on himself or herself in these areas while learning to incorporate them all into a leadership style.  The knowledge of what self-differentiation involves can also be used to better understand the processes and the actions of others within the organization.