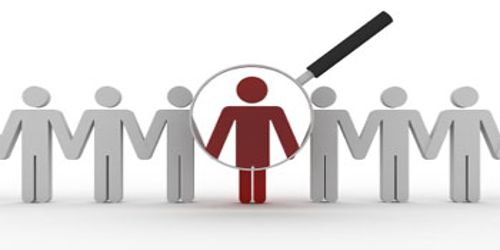 Selection is a long process, commencing from the preliminary interview of the applicants and ending with the contract of employment.

The following chart gives an idea about selection process: – Selection is influenced by several factors. More prominent among them are supply and demand of specific skills in the labor market, unemployment rate, labor- market conditions, legal and political considerations, company’s image, company’s policy, human resources planning and cost of hiring. The last three constitute the internal environment and the remaining form the external environment of selection process.

Job seekers who pass the screening and the preliminary interview are called for tests. Different types of tests may be administered, depending on the job and the company. Generally, tests are used to determine the applicant’s ability, aptitude and personality.

The following are the type of tests taken:

Assist in determining how well an individual can perform tasks related to the job. An excellent illustration of this is the typing tests given to a prospective employer for secretarial job which also called as ‘ACHIEVEMENT TESTS’. It is concerned with what one has accomplished. When applicant claims to know something, an achievement test is taken to measure how well they know it. Trade tests are the most common type of achievement test given. Questions have been prepared and tested for such trades as asbestos worker, punch-press operators, electricians and machinists. There are, of course, many standardized achievement tests given in industries, such as typing or dictation tests for an applicant for a stenographic position.

Aptitude tests measure whether an individual’s has the capacity or latent ability to learn a given job if given adequate training. The use of aptitude test is advisable when an applicant has had little or no experience along the line of the job opening. Aptitudes tests help determine a person’s potential to learn in a given area. An example of such test is the general management aptitude tests (GMAT), which many business students take prior to gaining admission to a graduate business school program.

Aptitude test indicates the ability or fitness of an individual to engage successfully in any number of specialized activities. They cover such areas clerical aptitude, numerical aptitude, mechanical aptitude, motor co-ordination, finger dexterity and manual dexterity. These tests help to detect positive negative points in a person’s sensory or intellectual ability. They focus attention on a particular type of talent such as learning or reasoning in respect of a particular field of work.

The test must be chosen in the criteria of reliability, validity, objectivity and standardization. They are: –

It refers to standardization of the procedure of administering and scoring the test results. A person who takes tests one day and makes a certain score should be able to take the same test the next day or the next week and make more or less the same score. An individual’s intelligence, for example, is generally a stable characteristic. So if we administer an intelligence test, a person who scores 110 in March would score close to 110 if tested in July. Tests, which produce wide variations in results, serve little purpose in selection.

It is a test, which helps predict whether a person will be successful in a given job. A test that has been validated can be helpful in differentiating between prospective employees who will be able to perform the job well and those who will not. Naturally, no test will be 100% accurate in predicting job success. A validated test increases possibility of success.

There are three ways of validating a test. They are as follows: –

When two or more people can interpret the result of the same test and derive the same conclusion(s), the test is said to be objective. Otherwise, the test evaluators’ subjective opinions may render the test useless.

A test that is standardized is administered under standard condition to a large group of person who are representatives of the individuals for whom it is intended. The purpose of standardization is to obtain norms or standard, so that a specific test score can be meaningful when compared to other score in the group.

The next step in the selection process is an interview. Interview is formal, in-depth conversation conducted to evaluate the applicant’s acceptability. It is considered to be excellent selection device. It is face-to-face exchange of view, ideas and opinion between the candidates and interviewers. Basically, interview is nothing but an oral examination of candidates. Interview can be adapted to unskilled, skilled, managerial and profession employees.

Interview has at least three objectives and they are as follows: –

Many employers request names, addresses, and telephone numbers of references for the purpose of verifying information and perhaps, gaining additional background information on an applicant. Although listed on the application form, references are not usually checked until an applicant has successfully reached the fourth stage of a sequential selection process. When the labor market is very tight, organizations sometimes hire applicants before checking references.

Organizations normally seek letters of reference or telephone references. The latter is advantageous because of its accuracy and low cost. The telephone reference also has the advantage of soliciting immediate, relatively candid comments and attitude can sometimes be inferred from hesitations and inflections in speech.

It may be stated that the information gathered through references hardly influence selection decisions. The reasons are obvious:

The candidate approaches only those persons who would speak well about him or her.

People may write favorably about the candidate in order to get rid of him or her.

People may not like to divulge the truth about a candidate, lest it might damage or ruin his/her career.

After obtaining information through the preceding steps, selection decision- the most critical of all the steps- must be made. The other stages in the selection process have been used to narrow the number of the candidates. The final decision has to be made the pool of individuals who pas the tests, interviews and reference checks.

After the selection decision and before the job offer is made, the candidate is required to undergo a physical fitness test. A job offer is, often, contingent upon the candidate being declared fit after the physical examination. The results of the medical fitness test are recorded in a statement and are preserved in the personnel records. There are several objectives behind a physical test. Obviously, one reason for a physical test is to detect if the individual carries any infectious disease. Secondly, the test assists in determining whether an applicant is physically fit to perform the work. Thirdly, the physical examination information can be used to determine if there are certain physical capabilities, which differentiate successful and less successful employees. Fourth, medical check-up protects applicants with health defects from undertaking work that could be detrimental to them or might otherwise endanger the employer’s property. Finally, such an examination will protect the employer from workers compensation claims that are not valid because the injuries or illness were present when the employee was hired.

The next step in the selection process is job offer to those applicants who have crossed all the previous hurdles. Job offer is made through a letter of appointed. Such a letter generally contains a date by which the appointee must report on duty. The appointee must be given reasonable time for reporting. Thos is particularly necessary when he or she is already in employment, in which case the appointee is required to obtain a relieving certificate from the previous employer. Again, a new job may require movement to another city, which means considerable preparation, and movement of property.

The company may also want the individual to delay the date of reporting on duty. If the new employee’s first job upon joining the company is to go on company until perhaps a week before such training begins. Naturally, this practice cannot be abused, especially if the individual is unemployed and does not have sufficient finances.

After the job offer has been mad and candidates accept the offer, certain documents need to be executed by the employer and the candidate. One such document is the attestation form. This form contains vital details about the candidate, which are authenticated and attested by him/her. Attestation form will be a valid record for the future reference.

Alternatively called employment agreements or simply bonds, contracts of employment serve many useful purposes. Such contracts seek to restrain job-hoppers, to protect knowledge and information that might be vital to a company’s healthy bottom line and to prevent competitors from poaching highly valued employees.

Most employers insist on agreements being signed by newly hired employees. But high turnover sectors such as software, advertising and media are more prone to use contracts.

The drawback with the contracts is that it is almost to enforce them. A determined employee is bound to leave the organization, contract or no contract. The employee is prepared to pay the penalty for breaching the agreement or the new employer will provide compensations. It is the reason that several companies have scrapped the contracts altogether.

Contrary to popular perception, the selection process will not end with executing the employment contract. There is another step – amore sensitive one reassuring those candidates who have not selected, not because of any serious deficiencies in their personality, but because their profile did not match the requirement of the organization. They must be told that those who were selected were done purely on relative merit.

The broad test of the effectiveness of the selection process is the quality of the personnel hired. An organization must have competent and committed personnel. The selection process, if properly done, will ensure availability of such employees. How to evaluate the effectiveness of a selection program? A periodic audit is the answer. People who work independent of HR department must conduct audit. The table below contains an outline that highlights the areas and questions to be covered in a systematic evaluation.