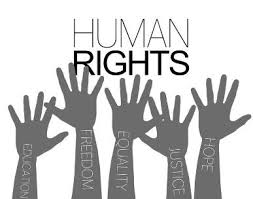 What is Fundamental Rights

Before the understanding fundamental rights one should have idea about rights and human rights. Right means a claim of some interests adversed by an individual or a group of individuals which has either moral or legal basis and which is essential for his development in the society. In a sense right is not created by law; it originates itself as an obvious result of mutual interaction between man and society.

Rights are primarily divided into two categories—moral rights and 1ega1 rights. Moral rights are those rights which have their basis on the rule of natural justice and the violation of which results in moral wrong. Legal rights, on the other hand, are those rights which are recognized by the positive law of the country and can be claimed on legal basis and the violation of which results in legal wrong. As mentioned earlier right originates in the society and remains as a moral right so long it is not recognized by law. Whenever a law recognizes it and secures its protection, it transforms into a legal right. All legal rights in this sense are moral rights and the distinction between the two is one of degree rather than of form.

Human rights are real only when they are enforced, that is only if people are protected from arbitrary punishment. A fundamental right is denied if a person is punished for exercising the right; if the government can punish people arbitrarily, then it can punish people for exercising their rights; thus, the right not to be deprived of liberty without due process of law  is fundamental.