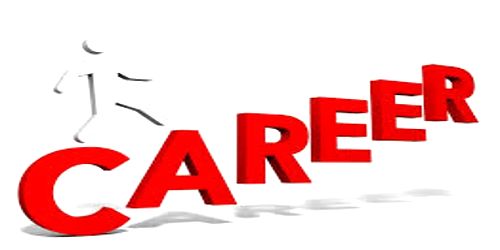 Visually, a promotion moves an employee’s job up one level on an organizational chart. The new reporting relationships are displayed as vertical lines to boxes below the new level of the employee following the promotion.

A promotion is viewed as desirable by employees because of “the impact a promotion has on pay, authority, responsibility, and the ability to influence broader organizational decision making. A promotion raises the status of the employee who receives a promotion which is a visible sign of esteem from the employer.”

Individual contributors must be eligible for promotions that recognize and reward their role as contributors. A promotion is a powerful communication tool about what is valued within an organization. Thus, a promotion must be available to employees who play any role in the contribution of work and value.

Examples of a Promotion

These are examples of a promotion:

So the advancement of an employee within a company positionor job tasks.

A job promotion may be the result of an employee’s proactive pursuit of a higher ranking or as a reward  by employers for good performance.

Typically is alsoassociated with a  higher rate of pay or financial bonus.

1) A promotion is an increase in rank which may also be accompanied by a raise in pay, benefits, and responsibility. Most people view promotions positively, as they indicate that the individual being promoted is successful, valuable, and useful. In many workplaces, people actively work towards promotion and its accompanied benefits. The term is also sometimes used to refer to a general change in status such as a graduation, which is why you may find yourself attending a “fifth grade promotion” instead of a fifth grade graduation.

2) Typically, someone is rewarded with a promotion when he or she performs exemplary work, or shows aptitude for a position with more responsibility. This is usually a cause for celebration, as it indicates that the employee has a potential for development and long employment within the company. A promotion may include supervision responsibilities, as the promoted employee becomes responsible for administrative assistants and other staff. These responsibilities should not be taken lightly; as most employees look to their supervisors for guide a promotion may also require more work, which goes along with general increases in responsibility. This work may be more complex or more interesting; however, so most employees are happy to take it on. In recognition of the increased workload and status of the employee, most employers offer a pay raise with a promotion, and employees may become eligible for additional benefits. In a ranked system like the military or a fire department, the promotion may be called an increase in rank or grade, and the employee’s pay will be adjusted according to a rigid scale and examples of appropriate workplace behavior.

3) Notification of a promotion and congratulations are usually offered by a supervisor or high ranking member of the company. If you have been selected for a promotion, be aware that this is an excellent time to make negotiations, such as a request for a change in hours, because your employer is indicating that you are valued as an employee. When you are promoted, you may have to sign paperwork indicating the type of promotion and noting any changes in pay.

4) Not all people view promotions as cause for celebrations. Some people, for example, prefer to  remain lower in rank so that they can stay in the field in professions like policing. Others enjoy jobs with light responsibilities, despite the lower pay. In some cases, it is possible to reject such a promotion, although an employer may be puzzled. In others, a promotion is not an option.