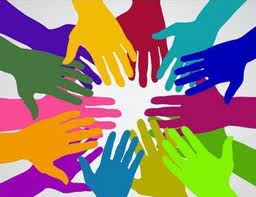 Interaction between employers, employees, and the government; and the institutions and associations through which such interactions are mediated. Government has a direct involvement in industrial relations, through its role as an employer; one that is particularly prominent in states where there are high levels of nationalization.

the term “industrial relations” came into prominent usage in the 1910s, its roots extend back at least three decades into the nineteenth century. It was during this period, beginning in the 1870s, that the process of industrialization began in earnest in the United States, leading to the emergence of a growing urban-based wage-earning labour force working in large-scale factories, mills, and mines. Conditions growing out of the industrialization process—twelve-hour work days, tens of thousands of work-related fatalities, low wages, extremely high rates of labor turnover, and poor employee work effort and attitudes—led to growing numbers of strikes, revolutionary economic and political movements, and demands for social and economic reform.

During the prosperous and politically conservative 1920s, the American labor movement suffered a significant loss in membership, influence, and public approval, while restrictive court rulings and conservative political opposition hobbled the extension of labor legislation. In this period the major line of advance in industrial relations was the employer’s solution of personnel management. Numerous firms established personnel departments and in various ways tried to reduce the most serious causes of labour unrest and turnover.

Thus the term “industrial relations” is increasingly associated with the unionized sector of the labor market. But a minority of participants continue to view industrial relations as pertaining to the entire world of work and, in particular, the three solutions to labour problems.