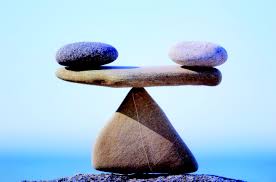 Negotiation is a discussion between two or more disputants who are trying to work out a solution to their problem. This interpersonal or inter-group process can occur at a personal level, as well as at a corporate or international level. Negotiations typically take place because the parties wish to create something new that neither could do on his or her own, or to resolve a problem or dispute between them

Negotiation is a technique of discussing issues among one selves and reaching to a conclusion benefiting all involved in the discussion. It is one of the most effective ways to avoid conflicts and tensions. When individuals do not agree with each other, they sit together, discuss issues on an open forum, negotiate with each other and come to an alternative which satisfies all. In a layman’s language it is also termed as bargaining.

An individual representing an organization or a position who listens to all the parties carefully and comes to a conclusion which is willingly acceptable to all is called the negotiator.

When parties negotiate, they usually expect give and take. While they have interlocking goals that they cannot accomplish independently, they usually do not want or need exactly the same thing. This interdependence can be either win-lose or win-win in nature, and the type of negotiation that is appropriate will vary accordingly. The disputants will either attempt to force the other side to comply with their demands, to modify the opposing position and move toward compromise, or to invent a solution that meets the objectives of all sides. The nature of their interdependence will have a major impact on the nature of their relationship, the way negotiations are conducted, and the outcomes of these negotiations.

Mutual adjustment is one of the key causes of the changes that occur during a negotiation. Both parties know that they can influence the other’s outcomes and that the other side can influence theirs. The effective negotiator attempts to understand how people will adjust and readjust their positions during negotiations, based on what the other party does and is expected to do. The parties have to exchange information and make an effort to influence each other. As negotiations evolve, each side proposes changes to the other party’s position and makes changes to its own. This process of give-and-take and making concessions is necessary if a settlement is to be reached. If one party makes several proposals that are rejected, and the other party makes no alternate proposal, the first party may break off negotiations. Parties typically will not want to concede too much if they do not sense that those with whom they are negotiating are willing to compromise.

The parties must work toward a solution that takes into account each person’s requirements and hopefully optimizes the outcomes for both. As they try to find their way toward agreement, the parties focus on interests, issues, and positions, and use cooperative and/or competitive processes to come to an agreement.