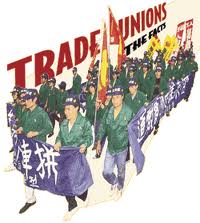 Assignment on Problem in Trade Union

From the starting of industrial economy trade union is the most common figure in a country. Trade unions are the controller of the labor force of an industry which works for the betterment of the country’s trade by ensuring the right of the labor force. The economic importance of trade unions in developing countries is not commensurate with the size of their membership. The behavior of Bangladeshi trade unions is characterized by political activism, and momentous strikes, called hartals there, have played a crucial part in most political changes in this country.