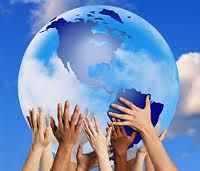 To make comparison between Fulbari Union and Hatsherpur Union is necessity to notice about their demographic condition i.e. population; damage and recovery condition of resources include household, roads, land, crops   and the value of niche indices that indicates the quality level of the community. In this part, Fulbari Union renamed by Region-1 and Hatsherpur Union renamed by Region-2 for easy comparison analysis.

Damage comparison between Region-1 and Region-2 made on the basis of permanent damage. Both permanent and temporary damages have described here in order to make comparison theme between these two regions.

The household damage ratio and its comparison are made on those houses that are completely damaged. On this criterion, Region-2 is more affected and vulnerable than Region-1. It is beyond description for Region-2 if damage consider on the temporary effects, as most of the houses drown into floodwater and their sufferings know no bound. In the Fulbari Union, damage is occurred only those villages that are nearly to the river. However, complete damage by disaster (river erosion or heavy flood) also greater in Region-2 than in Region-1(Table 6-1).

The length of road that is not survives or very poorly survives to be considered for damage analysis. It is really very difficult task to estimate little slide of road structure. It is noticeable to have more damage and less recovery of road in Region-2 and its conversing features in Region-1(Table 6-1). This condition is not only for the complete damage but also for temporary damage. This damage condition in Region-2 is so much terrible that very often roads are destroy and broken out by the force of excess river-water during flood or rainy season.

Recovery result equal one (R=1), indicates complete recover of the damage. In both Regions, overall recovery rate is exceeded from one (1), that is they have over development.

Mainly, recovery rate is comparatively very high in household sector of both regions. It is happened only for the additional population. It means number of rebuilt houses and new houses are greater than the number of damage houses. In Region-2, most of the rebuilt houses are settled beside road or river’s barrier and they have less homestead resources. Thus, though it is over recovered in Region-2, not equal to the homestead resources that had before. In spite of neglecting this matter, Region-1 performs faster development than Region-2 (Table 6-2).

Recovery process of agriculture lands and roads are not as fast as house. The trends of land formation through the river accretion are not always positive or negative. In Region-1, it is found fluctuating character and no decisive condition (Table 6-2). On the contrary, in Region-2, it is tended to be positive or improving. Building ‘Gronye’ or ‘Badh’ to protect the river movement and erosion, causes this positive land formation trend i.e. day by day it makes large char (Table 6-2). For both regions, it is neglected that no lands area in a char are equally fertile and cultivable.

In this study, recovery standard of road is taken seeing that existence of road whatever its condition would remain. Road was damaged in 2001(or within 2004), later it did not considerable damage rather some improvement or restructuring. Thus, damage ratio is made on 2001 and its recovery ratio on 2008 of how much recovers of damages that were happened in 2001(Table 6-2).

The ratio such as that of the elderly to the young is related to the quality of community life. The low rate of elderly-young ratio expresses the healthier condition of the community than its high rate. The elderly-young rate is higher in Region-1 than in Region-2. In 2001, Region-2 is better than Region-1 as it acquired smaller value than Region-1. In later time, these regions cannot hold its positions but deviated from its number of population, because population increase simultaneously with the increase of elderly population and such increase, leads further deterioration of the community. Region-2 has increased up to the rate 0.129, where Region-1 increased to 0.130. From this result, it is obviously realize to have elderly population more inhabit in Region-1 than in Region-2. This result is forecasted comparatively poor condition of Region-1 in terms of spatial age group distribution. Average rates of young-elderly populations of two regions in defined years are given in the following table with showing its between Region-1 and Region-2:

Table 6-3: Average rate and ratio of elderly-young population of Region-1 and Region-2

The total damage and recovery situations in Region-1 and Region-2 are given in the following table with the number of villages, total population ratio.

Overall scenario of the comparison shows that there is a radical change of population in Region-2 in 2008 where it had negative growth in 2004. But in total, it is not as much increase as in Region-1. For 2001, recovery analysis has made only on land because it does not take long time to be recovered rather it forms every year. But it is

considered for other resources to take several years to be recovered. That is why, in 2004 and 2008 express the overall recovery situation of the respective regions. But damage rates express the damage condition including all damage criteria in defined three years.

Niche results indicate the quality of the community by analyzing overlap of young (age 15-59 years) and elderly (age 60+ years) populations. Through these models, it can evaluate the risk potential by disaster in terms of cohabitative communication level. A low disaster affected region or high disaster affected region can exposed either healthy niche values or poor niche values in whatever its recovery speed may be. It is an invisible quality of a human community determine through the inhabitation condition of young and elderly population of how much it overlapped within their living place. As much as they overlapped, the community would consider being more strength against disaster.

Identification of which region contains strong young-elder overlap to cope with the disaster is one of the main objectives of this study. It cannot be understood by the means of damage and recovery status or population size. A region would be deteriorated in cohabitative communication side though it is less affected by disaster and performed high recovery status. That means, damage condition of healthy cohabitative but high disastrous effects region, will be more vulnerable in such region (of poor cohabitative communication level but less disastrous effects) if it would face same level of disaster. Results of Niche indices are the best way of identifying this level of the community. Graphical presentations of the niche indices are shown comparative healthiness between Region-1 and Region-2 in terms of cohabitative communication level.

It is noticeable from the stated result that the community health in both region is going to improve. But the value of Chiin Region-1 is dropping slowly. In Region-1, its value in 2001 became increased and stable at its standard level. On the other side, Chi (Eq-1)value in Region-2 was comparatively good but decreased in later (fig. 6-1).

Levins model is a further modified model of Whittaker and FairbanksChi (1958) considering probability to be concentrate and segregate from the same and other type of population. In respect of this model, Region-2 is acquire good position in 2001 but down later. On the other hand, Region-1 had very low level of healthiness in 2001 that dynamically changes to better condition in 2004 and 2008. Thus, through this model Region-1 is better than Region-2 is obtained.

The results of Hurlbert meeting ratio model (LO), that based on the resource distribution in addition to measure elder-young population overlaps and of its further modification (Ohi) proposed by Kanjitani,Y et al (2005) that represent the concentration and polarization of the elderly population, are in both region much discrepancy condition. The more the value of LO increase, the more it indicates.

concentration of young population and segregation or well distribution of elderly population. Its value one (LO=1) expresses the uniform distribution of the populations. Though, LO (Eq-5) values are more than one in both regions, for seeking out the well off condition of the community life, Region-2 gets the priority, as LO values in Region-2 are larger than the value of Region-1(fig. 6-4). Stating that highest value of Region-1 is not equal to the lowest value of Region-2. Thus, it is cleared that Region-2 is healthier than Region-1 in term of cohabitative communication level.

The value of Ohi (Eq-6) that represent the concentration and polarization of elderly population, can bare a significant importance to reach the final decision. In Region-1, it is actually increased but fluctuating. At last year, 2008, it is downward moving. On the other hand, Ohivalue in Region-2 is continuously increase i.e. always upward moving and its highest value has obtained in 2008 which is greater than the highest value of Region-1 in 2004 (fig. 6-5).

Thus, by analyzing these models, it is discover that Region-2 i.e. Hatsherpur Union is healthier than Region-1 i.e. Fulbari Union though Fulbari Union has less damage condition and fast recovery speed.

Ü Every year lands of riverbank gone to river basin during rainy season or flood through river erosion and formed ‘Char’ during winter season by river accretion. Because of continuous constituting and destroying features, damage and recovery ratios of land have made on every defined year. For this reason, in 2001 none but only it has done.

Quality of community life in terms of the spatial and temporal distribution of age groups is assumed that different degrees of overlap between age groups, which is referred to as the cohabitative communication level, represent the health of the community in daily life including safety in case of disaster. Recovery from disaster damage is often measured by physical and economic indicators but not often by the quality of community life. Thus, it is indispensable to built on an evaluation of the quality of recovery in terms of the cohabitative communication level and its comparison with building recovery. A niche overlap index can introduce as the first step in the ecological approach to explaining the quality of community life. Additionally, more theoretical ecological activity models and their interpretation for application to the human community are also necessary to promote this type of approach. Report on Human Community of Bangladesh(Part 1)

Report on Human Community of Bangladesh(Part 2)