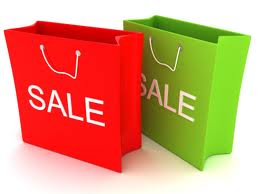 Impact on Advertising and promotion

Advertising is a form of commercial mass communication designed to promote the sale of a product or service and it also sends messages on behalf of an institution, organization, or candidate for political office.advertising and promotion are impact on current trends:

Cost. Perhaps the most commonly cited reason for not testing (particularly among smaller firms) is the expense. Good research can be expensive, in terms of both time and money. Many managers decide that time is critical and they must implement the program while the opportunity is available. Many believe the monies spent on research could be better spent on improved production of the ad, additional media buys, and the like.

While the first argument may have some merit, the second does not. Imagine what would happen if a poor campaign were developed or the incentive program did not motivate the target audience. Not only would you be spending money without the desired effects, but the effort could do more harm than good. Spending more money to buy media does not remedy a poor message or substitute for an improper promotional mix. For example, one of the nation’s leading brewers watched its test-market sales for a new brand of beer fall short of expectations. The problem, it thought, was an insufficient media buy. The solution, it decided, was to buy all the TV time available that matched its target audience. After two months sales had not improved, and the product was abandoned in the test market. Analysis showed the problem was not in the media but rather in the message, which communicated no reason to buy. Research would have identified the problem, and millions of dollars and a brand might have been saved. The moral: Spending research monies to gain increased exposure to the wrong message is not a sound management decision.

Research problem: A second reason cited for not measuring effectiveness is that it is difficult to isolate the effects of promotional elements. Each variable in the marketing mix affects the success of a product or service. Because it is often difficult to measure the contribution of each marketing elements directly, some managers become frustrated and decide not to test at all. They say,

“ If I can’t determine the specific effects, why spend the money”

This argument also suffers from weak logic. While we agree that it is not always possible to determine the dollar amount of sales contributed by promotions, research can provide useful results.

The objections of creative: It has been argued by many (and denied by others) that the creative department does not want its word to be tested and many agencies are reluctant to submit their work for testing. This is sometimes true. Ad agencies creative departments argue that tests are not true measures of the creativity and effectiveness of ads; applying measures stifles their creativity; and the more creative the ad, the more likely it is to be successful. They want permission to be creative without the limiting guidelines marketing may impose.

Time: A final reason given for not testing is a lack of time. Managers believe they already have too much to do and just can’t get around to testing, and they don’t want to wait to get the message out because they might miss the window of opportunity.

Planning might be the solution to the first problem. While many managers are overworked and time –poor, research is just too much important to skip. The second argument can also be overcome with proper planning. While timeliness is critical, getting the wrong message out is of little or no value and may even be harmful. There will be occasions where market opportunities require choosing between testing and immediate implementation. But even then some testing may help avoid mistakes or improve effectiveness.

For many companies, promotions are the biggest single expense. Understanding the value and return on promotional spending is imperative. Marginal gains in efficiency will lead to significant impact on the bottom line.