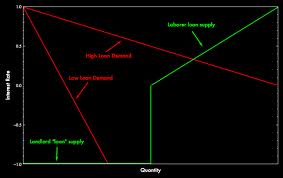 Banks are free to fix their deposit and lending rates; however. The Bangladesh bank has been pursuing the banks to reduce highest lending rate to single digit. The Bangladesh Bank revised the Bank rate downward from 6 percent to 5 percent in November 2003. Banks are allowed to differentiate interest rates by 3 percentage points considering comparative risks involved among borrowers in the same lending category. The interest rate policy pursued by the Bangladesh Bank appears to be effective in stimulating economic activities in general. Capital market has registered significant growth in terms of share price index as well as market capitalization. The weighted average deposit tare, lending rate and spread of the banks came down to 5.65, 11.01 and 5.36 percent and 6.06 as of December 2002. This trend is likely to continue and would certainly result in better operational performance of the banks in term of recovery and profitability.

There is an element of monopolistic competition in the money market inasmuch as different borrowers are charged different rates of interest. It may be noted, however, that pure interest tends to be the same, if calculated over the same period of time in the same money market. The actual differences that prevail are differences in gross interest. In other words, they are due to difference in the degrees of risk involved and inconveniences suffered by the lenders.

Pure interest may be different in different investments when the market is not the same owing to the following reasons: –

Difference in gross interest may, in addition to the causes already considered, be due to: –

How interest rate is determined:

There are mainly three theories to determine the interest rate

In his epoch making book ‘The General Theory of Employment, interest and money”, the late lord Keynes gave a new view of interest. According to him “interest is the reward for parting with liquidity for a specified period”. A man with a given income has to decide first how much of this income he is going to consume and how much to save. The former will depend on what Keynes calls, the propensity to consume. Given this propensity to consume, the individual will save a certain proportion of his given income. He now has to make another decision. How should he hold his savings? How much of his resources will he hold in the form of ready money? This latter decision will depend upon what Keynes calls his “liquidity preference.” Meaning liquidity preference means the demand for money to hold or the desire of the public to hold cash. In the words of Prof. Meyer, “liquidity preference is the preference to have an equal amount of cash rather than of claims against others”. There are three factors that have affected on liquidity preference theory: –

Precautionary motive: – Beside holding money balance for transaction motive, people desire t hold money as precautionary store of wealth for some unforeseen contingencies, this motives is represented by the uncertainty in respect of timing and amount of payment. To describe this theory Keynes says that “the desire for security as to the future cash equivalent of a certain proportion of total resource”. Since the estimates of future contingencies do not fluctuate suddenly, the precautionary demand for money remains stable in shot-run. The difference between transaction and precautionary motive is that the amount of money held for the latter purpose can sagely be regarded as varying in direct proportion the value of transaction taking place in a given time in a country, while money holding for precautionary motive varies significantly with the degree of uncertainty. But this is not certain. “New developments may only cause wide difference of opinion leading to increased activity in the bond market without necessarily causing any shift in the aggressive speculative demand for money schedule. If the balance of market expectation is changed, there will be a shift in the schedule. Central Bank policy designed to increase the money supply may, therefore, be met by an upward shift of speculative demand function leaving the rate of interest virtually unaffected”.

Thus, a large increase in the quantity of money may exert only a small influence on the rate of interest in certain circumstances. It is worth mentioning that shifts in liquidity preferences schedules or curve can be caused by many other factors which affects expectations and might take place independently of change in the quantity function may be either downward or upward dependent on the way in which the public interprets a change in events. If some change in events leads the people on balance to expect a higher rate of interest in the future than they had previously supposed, the liquidity preference for speculative motive will increase, which will bring about an upward shift in the curve of liquidity preference for speculative motive, and will rise the tare of interest. Thus, we see that Keynes explained interest forces and not in terms of real forces like productivity of capital and thrift which formed the foundation stone of both classical and lonable fund theories. According to him, demand for money for money determines the rate of interest. He agreed that the marginal revenue product of capital tends to become equal to the rate of interest, but the rate of interest is not determined by marginal revenue productivity of capital. More over according to him interest is not a reward for saving or thriftiness or waiting but for parting with liquidity. Keynes asserted that is not the rat of interest which equalize saving and investment. But this equality is brought about through changes in the level of incomes.