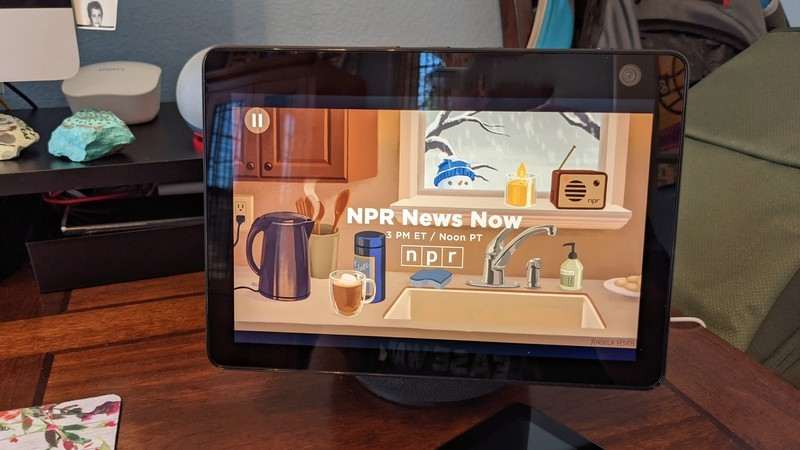 Every new smart home device invites new questions. The question is privacy, security and what we are willing to pay for the benefit. Evaluating new products to welcome these conversations and invite them into our home is an uncommon position. For my part, my apartment is limited when it comes to smart home tech. I have two large smart speakers and a third smaller one, mostly for the convenience of networking streaming across different rooms. I have a smoke detector attached, for the peace of mind that comes from knowing that my house was not on fire when I left it on for a long stretch. Oh, and several connected lightbulbs, most of the time why not?

When Google first announced the team’s smart screen, the home (now nest) hub, I thought it was a decision to turn off the camera. Of course, the company has included one in its larger Max devices, so the option is there if you want it. Of course, for most of these products, video cameras are a given – and understandably so, smart screens like the new Echo Show 10 are aligned in the teleconferencing space, making the line between work and home even more blurry for many. Amazon got the message here by adding a giant physical shutter button to the top of the device. The camera on the top right is covered with a white lens cap, as opposed to a black bezel when sliding to the right, so it’s easy to spot across the room. Doing so will result in a notification pop up “Camera off passive speed.”

“Speed” here refers to the rotating screen – the title feature of Amazon’s latest adoption in the Echo Show format. The company is deploying the new technology as a game changer for the department and while I will say that, it has effectively implemented the feature in a way that works well and silently, it definitely a new addition that restores the privacy question.

The idea of ​​creating a home device is really out of the window with a feature that fades around it. The display uses echo figure tracking to make sure the display is always facing you to draw attention to itself in the process. Any device that uses imaging and AI for tracking can instinctively knows and passively understands, but effectively avoids it. After all, we have got cameras in quite a few now. These things are a part of the social media and services that we use regularly. This thing is at the top of the mind when the device physically follows you around the house. After using the product for several days, I would say that the feature feels unnecessary for the most part – and for some it is unnerving free. I put the show on my desk next to the computer I am typing in and disabled most of the feature. This is probably something I can get used to over time, but with a relatively limited amount I am going to spend for it, I prefer to use the product in a static way, manually switching the display and flipping the angle of the screen up and down. I adjust the screen all the time. That is good.