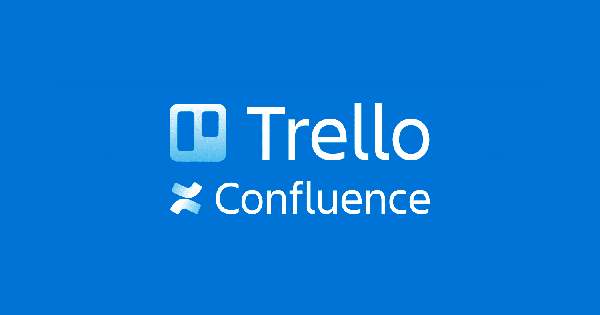 Trello, the Kanban Board-centric project management tool acquired by Atlassian in 2017, today launched what is probably one of its most important updates in recent years. With more than 50 million users, Trello is almost a popular project management tool and in a variety of ways, it brings digital cannon boards into the mainstream. With today’s release that approach doesn’t change, but with a special focus on bringing more data from third-party tools, the team is now adding new views and individual capabilities to individual cards that create those views right on the cards. This is in addition to several changes to the overall look and feel of the service.

“Over the years, we’ve built this huge, passionate audience of people,” Micro Pryor, co-founder of Trello and now head of Atlassian’s Trello, told me before today’s announcement, “We have over 50 million signups – and that’s 50 million numbers in 2018.” Alternatively, something, they still will not let me give the current number. [6] Then last year the epidemic hit. We talked about the future of work, right. Then all of a sudden, it was No, its just work. That is how everyone works. Now, it has all delivered. We compressed it at once. In addition, we had this overnight shift. We will talk about this explosion of apps first; we will talk about all the browser tabs, people were getting lost in the scattering of information. Now, it is just eleven.”

The reason behind many the new features was to make it easier for users to do more of the trello and get better macro feedback about what teams are doing themselves, but also what is fun across the team and within an organization, not switching to new trello tools. It also adds more ways to view data from other devices locally within the service.

In practice, this means Trello is adding five new ideas to Trello (and making it easy to switch between them). Team Table View to track cross-project work in a fashion like cross-organization or spreadsheet; Timeline view for managing roadblocks and adjusting data calendar view to track time and time sensitive tasks; Map view for users who have location-based projects; For a better view of success metrics and building reports and finally see the dashboard.

For the most part, the names are self-explanatory n although the most interesting feature here is that the new team’s table view is the first scene in the trailer that brings multiple boards.

“It raises your portfolio up to the portfolio level – not just at a board level,” Prior said. “Ultimately, all opinions will do the same thing and so we will basically have this ability that if you’re on board you can pivot your cards and see them depending on what the project is and how you need them.” He explained here that the existing visual language of the trailer would use and expanded to add to these shared perspectives.

What is important here is that Trello plans to open this feature to third parties who may also form their own opinions. The Trello team itself, for example, has created a slide view that automatically creates slides for all the cards in a project to make it easier for someone to present them at a meeting, for example.

Pereira argues that what Trello is doing with his new cards is probably more important. The team is adding more than 30 new card types where by adding a URL linked to YouTube, Google Drive, Figma, Cumin or even other trail boards you will be able to preview what you have attached to the right side of the trail.

“What it does, I think, is that the card is the only thing that exists in the trailer to represent the work that is happening in all these other tools.” “So now your cumin tickets may be alongside your trello cards.

In addition, you are categorizing it, moving, and talking about it in a way that is different from the cumin event – it can connect to it, but it adds the ability to create a dashboard that brings all the work together.”

Pryor noted that the team wanted to gain the simplicity and visual language that trello users already liked and apply it to other tools. “We can get into a competition and just create features that are kind of project management,” he said. The team wants to create more than just a project management application. It wants trello to be an application that helps users manages all their projects. He argued, just adding features, would just swell. Instead, the team wants to take its card metaphor, expand on it, and create new perspectives for its users inside the trailer, using already known visual language.

Another new feature that will be coming soon – and the Trello community has been hoping for some time – is the Mirror Card, which allows you to share the same card across the board. All you have to do is go from the source card to another boarding card. Linked and that new card looks like the original card.