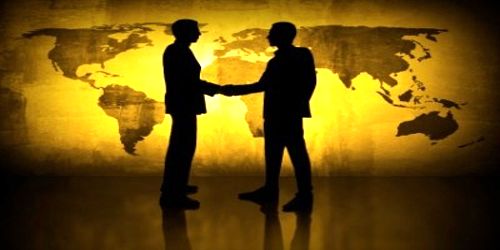 What is ethical and “normal” in one environment may not be so in another. Arise most often in the context of: Should the MNC adapt its policies? Standardize?

A manager can assume as universal her/his views on freedom of:

What is the responsibility of an MNC to uphold different standards of human rights?

Our modern understanding of business ethics notes that following culturally accepted norms is not always the ethical choice. What may be acceptable at certain points in history, such as racism or sexism, became unacceptable with the further development of society’s mind-set. What happens when cultures change but business practices don’t? Does that behavior become unethical, and is the person engaged in the behavior unethical? In some cultures, there may be conflicts with global business practices, such as in the area of gift giving, which has evolved into bribery—a form of corruption. Government officials may ask for bribes for an MNC to “get things done”

Corporate social responsibility (CSR) is defined in Wikipedia as “the corporate conscience, citizenship, social performance, or sustainable responsible business, and is a form of corporate self-regulation integrated into a business model. CSR policy functions as a built-in, self-regulating mechanism whereby business monitors and ensures its active compliance with the spirit of the law, ethical standards, and international norms.” Social responsibility: business decisions should be made after consideration of social consequences of economic actions