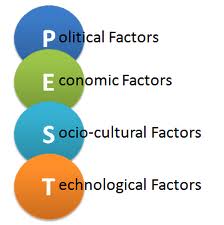 There are some major forces in the company’s macro environment. These forces always have remarkable effect on trade in any country. So a country’s macro environment factors are needed to be considered while doing business; especially when the trade is between two countries.

The forces of macro environment are uncontrollable forces. But still these elements must be adapted.

Trades require consumers’ demand, buying power, income, wealth, willingness to pay and also people. The economic environment consists of factors that affect consumer purchasing power and spending patterns. Nations vary greatly in their levels and distribution of income. Some countries consume most of their own agricultural and industrial output. Bangladesh has efficiency in agricultural sector and India has efficiency in industrial sector relative to each other.Changes in income and change in consumer spending pattern are the major economic trend.Economic environment is controlled in India compared to Bangladesh.

The technological environment is the most dramatic force that is shaping the destiny of a country. New technologies create new markets and opportunities. The country that is technologically advanced can easily cope up with the changes in any type of environment.India is very much advanced in technology compared to Bangladesh. So India has comparative advantage and control over Bangladesh in the telecommunication sector.

The cultural environment is made up of institutions and other forces that affect a country’s basic values, perceptions, preference and behavior. This environment shows long- term trend toward a lessening trust of institution, increasing patriotism, greater appreciation for nature, a new spiritualism and the search for more meaningful and enduring values.The cultures of the two countries are similar; in particular India’s West Bengal state and Bangladesh are both Bengali speaking.