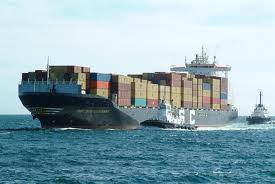 Trade Between Bangladesh and India

Trade occurs when citizens from one country can buy from another country or sell to another country what they can produce. This allows a country to specialize in the manufacture and export of products that can be produced most efficiently in that country. Trade between Bangladesh and India is playing a vital role in both the countries’ economy.  This report will give you some idea about the current scenarios of the trade between these two countries.

To complete this report we have tried to analyze different strategies these two countries have been following. Here we discussed the trade theories. We also tried to analyze how the macro environmental factor affects this trade, the effects of the WTO policies, and the strategic management of this type of trade and also the international human resource management in these two countries. Today’s trade scenarios are also described here.

The description of all the above-summarized information is written in the report from which one might be able to get a good idea about the Trade between Bangladesh & India.

Our respected teacher Mr. Reyad Ahmed Chowdhury asked us to select two countries to make a comparison and also contrast between the trade of these two countries. We have to apply the theories and concepts that we covered in our Global Trade course to complete the report. After a brain storming session within our group, we have decided to select Bangladesh & India.

Products that are traded

There are some major forces in the company’s macro environment. These forces always have remarkable effect on trade in any country. So a country’s macro environment factors are needed to be considered while doing business; specially when the trade is between two countries.

The forces of macro environment are uncontrollable forces. But still these elements must be adapted.

The political condition is not under control of any country. Still, India has stable political environment compared to Bangladesh.

Trades require consumers’ demand, buying power, income, wealth, willingness to pay and also people. The economic environment consists of factors that affect consumer purchasing power and spending patterns. Nations vary greatly in their levels and distribution of income. Some countries consume most of their own agricultural and industrial output. Bangladesh has efficiency in agricultural sector and India has efficiency in industrial sector relative to each other.

Changes in income and change in consumer spending pattern are the major economic trend.

Economic environment is controlled in India compared to Bangladesh.

This environment is almost uncontrollable for both the countries.

The technological environment is the most dramatic force that is shaping the destiny of a country. New technologies create new markets and opportunities. The country that is technologically advanced can easily cope up with the changes in any type of environment.

India is very much advanced in technology compared to Bangladesh. So India has comparative advantage and control over Bangladesh in the telecommunication sector.

Bangladesh has some control over natural resources. Only because of shortage of money, these cannot be utilized properly.

The cultural environment is made up of institutions and other forces that affect a country’s basic values, perceptions, preference and behavior. This environment shows long- term trend toward a lessening trust of institution, increasing patriotism, greater appreciation for nature, a new spiritualism and the search for more meaningful and enduring values.

The cultures of the two countries are similar; in particular India’s West Bengal state and Bangladesh are both Bengali speaking.

In case of Trade between Bangladesh & India, the Country- based theory, i.e.  Absolute Advantage, Comparative Advantage, Rivalry theory and Endowment…. are applied. And in some of these trades, Firm-based theory is not that much applicable.

When one country is fully efficient in producing one product, in that product’s production, the country has absolute advantage.

Bangladesh has comparative advantage on the agricultural sector compared to that of India.

When one country has some competitive advantage over another country, this is known as Rivalry Theory.

This competitive advantage includes technological advancement, differentiation strategies, operational excellence and so on.

So India in producing many products can also be fall under this theory. India has competitive advantage on toiletries, cosmetics, food items, electrical alliances and telecom sectors.

In addition, India does not have that many natural resources but they can utilize their limited resources in a very effective manner.

Strategy is the action that managers must take to attain the goals of the firm. We have chosen mainly four products for finding out the strategic implication. These products are:

Businesses use Strategic Alliance to:

Weak pressure for local responsiveness and cost reduction is needed to be effective.

Here Leather products and cosmetics falls under this strategy.

There can be three different IHRM orientations in MNCs:

An adaptive IHRM orientation is one in which each affiliate develops its own HRM system, reflecting the local environment.

The second, an exportive IHRM orientation is one in which the parent firm’s HRM system is being transferred to its different affiliates. This approach emphasizes integration across all affiliates, developing a highly internal consistent MNC.

The third, an integrative IHRM orientation attempts to take ‘the best’ HRM approaches and uses them throughout the organization in the creation of a worldwide system. The focus here is on substantial global integration with an allowance for some local differentiation.

The three orientations of an adaptive, exportive or integrative approach represent three basic choices for IFIR managers, reflecting an overall approach towards IHRM. However, in practice, IHR managers may have the option to choose for a mix of the three approaches. Because the LHR function consists of several tasks and is oriented towards different types of employees, choices may differ for the different tasks or employee groups.

Countries that trade together can choose the mixture of these three approaches to be successful by sharing core competencies and innovative ideas with each other.

When an expatriate goes for work in a foreign country, he needs to have adaptability skill; so that he can easily cope up with that culture.

An expatriate should learn the language of that foreign country to mix up with the foreign people.

When Bangladeshi labor goes to India or an Indian labor is hired for Bangladesh, those expatriates face many difficulties that include:

For both India and Bangladesh, it’s very much important to consider the cost while it’s a matter of IHRM.

WTO plays a key role in the trade between Bangladesh & India.

Principles of the trading system:

These policies are applicable for trade between Bangladesh & India. Both the countries have to maintain this.

Bangladesh will sign a deal with India on duty-free export of eight million pieces of Bangladeshi readymade garments (RMG) to India annually.

A meeting of the country’s council of advisers of Tuesday approved a proposal for signing the Memorandum of Understanding on duty-free import of the RMG products by Indian government through Tariff Rate Quota (TRQ) system under the purview of the South Asia Free Trade Agreement (SAFTA).

A meeting of the country’s council of advisers of Tuesday approved a proposal for signing the Memorandum of Understanding on duty-free import of the RMG products by Indian government through Tariff Rate Quota (TRQ) system under the purview of the South Asia Free Trade Agreement (SAFTA).

Compare and Contrast between Bangladesh and India

All the countries want to be wealthy and economically developed to enjoy the moment when anything seems possible. And that’s just what trade between two countries gives.

From the analysis, we can say that trade between two countries can be very much lucrative, if there is less trade barrier. Moreover, the trade between Bangladesh & India can also be successful. But there exists some lacking. These are:

These two countries are very successful in trading different products since many years and we are hopeful that they will continue their success if they try to implement their innovative and co-operative ideas.