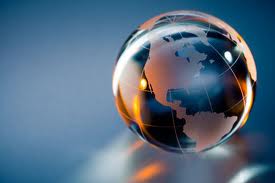 Types of Tariffs and Trade Barriers

Tariff is a tax on imports, which is collected by the federal government and which raises the price of the good to the consumer. Also known as duties or import duties, tariffs usually aim first to limit imports and second to raise revenue.

Trade refers to the elimination of barriers to international trade. The most common barriers to trade are tariffs, quotas, and non tariff barriers.

Types of Tariffs and Trade Barriers:

There are several types of tariffs and barriers that a government can employ:

Specific Tariffs – A fixed fee levied on one unit of an imported good is referred to as a specific tariff. This tariff can vary according to the type of good imported. For example, a country could levy a $15 tariff on each pair of shoes imported, but levy a $300 tariff on each computer imported.

Ad Valorem Tariffs – The phrase ad valorem is Latin for “according to value”, and this type of tariff is levied on a good based on a percentage of that good’s value. An example of an ad valorem tariff would be a 15% tariff levied by Japan on U.S. automobiles. The 15% is a price increase on the value of the automobile, so a $10,000 vehicle now costs $11,500 to Japanese consumers. This price increase protects domestic producers from being undercut, but also keeps prices artificially high for Japanese car shoppers.

Non-tariff barriers to trade include:

Licenses – A license is granted to a business by the government, and allows the business to import a certain type of good into the country. For example, there could be a restriction on imported cheese, and licenses would be granted to certain companies allowing them to act as This creates a restriction on competition, and increases prices faced by consumers.

Import Quotas – An import quota is a restriction placed on the amount of a particular good that can be imported. This sort of barrier is often associated with the issuance of licenses.  For example, a country may place a quota on the volume of imported citrus fruit that is allowed.

Voluntary Export Restraints (VER) – This type of trade barrier is “voluntary” in that it is created by the exporting country rather than the importing one. A voluntary export restraintis usually levied at the behest of the importing country, and could be accompanied by a reciprocal VER. For example, Brazil could place a VER on the exportation of sugar to Canada, based on a request by Canada. Canada could then place a VER on the exportation of coal to Brazil. This increases the price of both coal and sugar, but protects the domestic industries.

In the final section we’ll examine who benefits from tariffs and how they affect the price of goods.