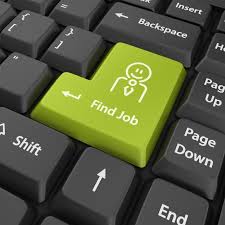 Job Embeddness, which is a way to describe an employee’s links (to other people, teams and groups), their fit (into the corporate culture and community) and what they would have to sacrifice to leave their job.

“Job embeddedness” brings together all of these factors, and determines how committed people are to their jobs. We’ll look at it in this article, and we’ll explore what you can do to increase it.

On the basis of findings from prior research coupled with extensive individual interviews, focus groups, and surveys of thousands of individuals, we have developed a theory of employee retention, which we call job embeddedness.  Job embeddedness represents a broad set of influences on an employee’s decision to stay on the job.  These influences include on-the-job factors such as bonds with co-workers, the fit between one’s skills and the demands of the job, and organization-sponsored community-service activities (e.g., your plant sponsors quarterly neighborhood clean-up days).  It also includes off-the-job factors such as personal, family and community commitments.  Research in a variety of settings (ranging from a community hospital to a Fortune 100 bank to a state Department of Corrections) has demonstrated the value of the job embeddedness concept.  In brief, job embeddedness is a stronger predictor of important organizational outcomes such as employee attendance, retention and performance than the best well-known and accepted psychological explanations (e.g., job satisfaction and organizational commitment).

Job embeddedness captures a broad range of ideas that influence employee retention.  One way to think about a person’s life is to visualize a net or a web created by strands connecting the different parts of one’s life.  A person who has more roles, responsibilities, and relationships would have a more complex web than someone who had fewer.  We would say that the person with the more complex web is more embedded in a situation; a person with more strands connected to her job would be more “job embedded.”  The person with the more complex web would experience more disruption in the web if she severed ties at a central intersection in the web.  For example, when a person quits a job where she has many close friends, has children enrolled in on-site, employer-provided day care, and is the lead manager on a critical project, she is likely to encounter considerable disruption in her web.  Leaving that job will likely entail making multiple adjustments to her life and routine; these switching costs are real and more than simply economic.  Consequently, the decision to leave will likely require extensive deliberation and the act of leaving immense effort.  In contrast, a person who has a job that is relatively isolated, with few friends or connections to other projects or people will experience considerably less disruption in his web if he chooses to leave.  Deliberation about leaving as well as the actual act of leaving will be relatively easy.

We believe a person can become embedded in a situation in a variety of ways; factors influencing embeddedness will come from both on and off the job.  The critical aspects of job embeddedness are the extent to which the job is similar to, or fits with the other aspects in their life, the extent to which the person has links to other people or activities, and what they would give up if they left—the perks, benefits and other aspects of the job they value such as a safe or pleasant work environment.  These dimensions are called fit, links and sacrifice.

Fit is defined as an employee’s perceived compatibility or comfort with an organization and with his or her environment.  According to the theory, an employee’s personal values, career goals and plans for the future must “fit” with the larger corporate culture and the demands of his or her immediate job (e.g., job knowledge, skills and abilities).  In addition, a person will consider how well he or she fits the community and surrounding environment.  Job embeddedness assumes that the better the fit, the higher the likelihood that an employee will feel professionally and personally tied to the organization.

Links are formal or informal connections between an employee and institutions or people.  Job embeddedness suggests that a number of threads connect an employee and his or her family in a social, psychological, and financial web that includes work and non-work friends, groups, the community, and the physical environment where they are located.  The higher the number of links between the person and the web, the more an employee is bound to the organization.

Sacrifice represents the perceived cost of material or psychological benefits that are forfeited by organizational departure.  For example, leaving an organization may induce personal losses (e.g., losing contact with friends, personally relevant projects, or perks).  The more an employee will have to give up when leaving, the more difficult it will be to sever employment with the organization.  Examples include non-portable benefits, like stock options or defined benefit pensions as well as potential sacrifices incurred through leaving an organization like job stability and opportunities for advancement.  Similarly, leaving a community that is attractive and safe can be difficult for employees.  Appendix 1 contains sample items from the job embeddedness instrument.

In addition to looking at why people stay on a job, we also have developed new ways of thinking about why people leave organizations.  Our approach to how people leave, called the Unfolding Model, was presented conceptually in 1994 in the Academy of Management Review.  It was then tested and refined in tests involving nurses and Big Five accountants (1996 & 1999 articles in the Academy of Management Journal).  The important implications of that work for the present proposal is that the unfolding process of leaving over time is often initiated by particular events called “shocks” (instead of job dissatisfaction) and these events occur both on the job (e.g., fight with a coworker or boss) or off the job (e.g., unsolicited job offer or spouse relocation).

In more recent work, we have integrated the unfolding model of turnover (why people leave) and job embeddedness (why people stay) to obtain a more comprehensive picture of organizational attachment.  In a large national study of stayers and leavers across hundreds of employers, we found that stayers were found to have the highest levels of job embeddedness as expected.  We also found that job embeddedness tended to buffer an individual from shocks. Given a particular shock (e.g. restructuring) employees who were embedded were less likely to leave than those who were not embedded.

In sum, there is ample evidence that the reasons why people stay in a job are not the simple obverse of the reasons why they leave.  Thus, while we believe that firms should seek to understand and address the reason why people leave, in an effort to help firms look forward to the future to strategically increase the probability that people will stay, we strongly encourage their using the knowledge generated by the job embeddedness framework.  In the next section we present examples of efforts to embed employees that we believe address the six sub-dimensions of job embeddedness.