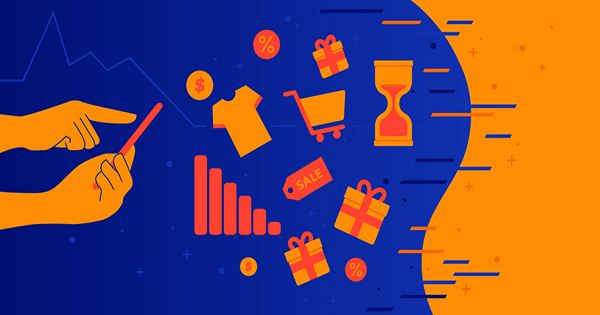 E-commerce in Africa is rapidly expanding, with huge promise as more people get access to the internet. According to the 2021 GSMA mobile economy study, 303 million people in Sub-Saharan Africa, or roughly 28% of the population, linked to the mobile internet, with that number predicted to climb to 40% in three years. As the number of people connected to the internet rises and more people choose to shop online, e-commerce platforms are expected to see an increase in the number of orders placed and the value of items purchased, as Jumia did recently.

According to a Securities and Exchange Commission (SEC) report released on Tuesday by the pan-African e-commerce platform, the value of items sold on its platform during the Black Friday season increased by 30% this year to $150 million. Jumia’s Black Friday sales began in 2012 and are held every year from the first Friday of November until the end of the month. Orders climbed by 39 percentage points to 4.3 million over that time period, while the number of Jumia merchants expanded by 11 percentage points to 46,000. Jumia also had 40 million unique visits, a 27 percent increase over the previous year.

Consumables were the most popular products on the site, followed by cosmetics and fashion items, according to recent reports. This comes after the e-commerce site opened additional dark storefronts to grow its grocery segment – a move that appears to be paying off based on Q3 statistics, although profitability for the NYSE-listed company remains elusive. “Our users are increasingly turning to Jumia for their everyday necessities,” according to the SEC filing, “with fast-moving consumer goods (‘FMCG’) being the top three fastest expanding physical goods categories in volume terms, followed by beauty and fashion.”

Jumia attributed the shift in shopping habits to stay-at-home restrictions, which fueled the need for online shopping, as well as the youthful population, which is quick to adopt new trends, and the increasing smartphone and internet penetration across the continent, in a previous interview with TechCrunch. Smartphones drive the greatest traffic to the e-commerce site (75 percent), implying that as more people become connected, the number of online customers would rise.

The majority of Jumia’s internet sales come from Nigeria, South Africa, and Kenya. Over the Black Friday season, Jumia Logistics’ delivery business handled 5.3 million packages, which Jumia said was “more than double the average monthly package volume in the first ten months of 2021.” Jumia is presently Africa’s largest e-commerce site, outnumbering hundreds of others such as Marketplace Africa in Nigeria and Souq in South Africa, as well as bidorbuy. Algeria, Senegal, Tunisia, Ivory Coast, Uganda, and Morocco are among the 11 African markets where the e-commerce platform is available.