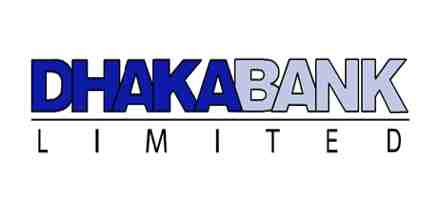 The purpose of this study is to find and analyze the Credit facilities (its outstanding, recovery, classified loans etc), approval and monitoring process of Dhaka Bank Limited, Local office. It will also include the performance of credit facilities in recent years. Find out different credit facilities that Dhaka Bank is providing for their customers. Also to give an idea about the securities behind the loan facilities and issuing different bank guarantees.

This report is based on the Credit Analysis of Dhaka Bank Limited (DBL). Internship program is the pre-requisite for the graduation in BBA. Classroom discussion alone cannot make a student perfect in handling the real business situation; therefore, it is an opportunity for the students to know about the real life situation through this program.

This report is broadly categorized in six different parts. At First there is prefatory where I describe the banking sector and Bangladesh’s economy along with introduction, objective, scope, limitation and methodology.. The main objectives of the report are identifying the credit approval and monitoring and their overall performance in the last few years. Part one narrates the company profile including Dhaka Bank’s history, their vision, mission and strategy, products and services, activities and performances. Part 2 describes the different aspects of my job at DBL Uttara. Part three forces on the literatures behind banking credit. It includes services of banking sector, different loan categories, and credit analysis, loan review and handling default loans. It also describes in details about the procedure of sanctioning credit, loan documentation, and execution,

stamping witness and other legal formalities. It also describes the issuance of different bank guarantees. Findings and analysis of the information are in Part five of the report. It includes outstanding, recovery, and classified loan ratios. Difference between the outstanding and the classified loans in different sectors over the last four years are also analyzed. It also includes the summery of findings. Findings of the report say about the prior and neglected sectors of the credit facilities. It also contains the outstanding, recovery and classified loan status in different sectors over the past few years. The last part ends with competitive analysis, SWOT Analysis, recommendations and conclusions.

Bangladesh inherited its banking structure from the British regime and had 49 banks and other financial institutions before the Partition of India in 1947. The Dhaka Bank established in 1806 was the first commercial bank in the Bangladesh region of British India. Bengal Bank, the first British-Patronized modern bank established in India in 1784, had opened its two branches in 1873 in Sirajganj and Chittagong of Bangladesh region. Later in 1862, the Bengal Bank Purchased the Dhaka Bank and opened its first branch in Dhaka in the same year by reconstituting and merging the Dhaka Bank. Thereafter, another branch of Bengal Bank was opened in Chandpur in 1900. A number of other branches of Bengal Bank were opened in this region and some branches had been closed in Course of time. There were six other branches of Bengal Bank in operation in the territory of Bangladesh until the Partition of British-India in 1947 and these branches were at Chittagong (1906), Mymensing (1922), Rangpur (1923), Chandpur (1924), and Narayanganj (1926).

Australasia Bank Ltd, had one branch of each in East Pakistan in 1949. During 1950-58, there other Pakistani-owned banks, Premier Bank Ltd., Bank of Bhowalpur Ltd. and Muslim Commercial Bank, had Opened their branch in East Pakistan. Four Pakistan- owned banks, the United Bank Ltd., Union Bank Ltd., Standard Bank Ltd. and the commerce Bank Ltd. Conducted banking business in the Province during 1959-1965.But all of them Had their headquarters in west Pakistan. East Pakistan had only two banks Owned by local business groups white headquarters in Dhaka. These were the Eastern

The purpose of this study is to find and analyze the Credit facilities (its outstanding, recovery, classified loans etc), approval and monitoring process of Dhaka Bank Limited, Local office. It will also include the performance of credit facilities in recent years. Find out different credit facilities that Dhaka Bank is providing for their customers. Also to give an idea about the securities behind the loan facilities and issuing different bank guarantees.

The objectives of this report are:

ScopeThe scope of this report is the Head office and Uttara Branch of DBL and their operations throughout the country. The report also touches the banking industry and its trends and competitors of DBL.MethodologyI have used mainly secondary data sources for this report. But primary data has been collected in the form of interviews with various employees especially ATM Obaidullah (Credit In-charge).

The interviews were based on informal discussion. I asked questions based on the discussion and he shared relevant information.He discussed different strategies relating to strengths, weaknesses, opportunities and threats. He also talked about the banking sector in Bangladesh and the banking policies set forth by Bangladesh Bank. But mostly he shared information about credit appraisal at DBL.I used the following sources for information:

Computer and Information Technology Division
This department gives the software and hardware supports to different departments of the bank. As Dhaka Bank is engaged in online banking, the role of IT is very crucial for the bank. This department is the most active department of DBL where employees always stand by to solve any problems in the system. The managers and executives of IT division work continuously to develop the total IT system of DBL so that it can be operated with ease, accuracy, and speed. Since its journey as commercial Bank in 1995 Dhaka Bank Limited has been laying great emphasis on the use of improved technology. It has gone to online operation system since 2003. The main softwares that DBL uses are

Finance & Accounts DivisionThis is considered as the most powerful department of DBL. It keeps tracks of each and every transaction made within DBL Bangladesh. It is headed by Manager of FCD who ensures that all the transactions are made according to rules and regulation of DBL group. Violation of such rules can bring serious consequences for the lawbreaker. The functions of FCD are briefly discussed below along with an organ gram of the department