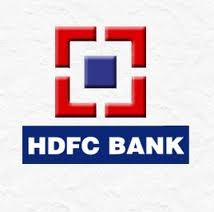 HDFC Bank recognizes the importance of good corporate governance, which is generally accepted as a key factor in attaining fairness for all stakeholders and achieving organizational efficiency. This Corporate Governance Policy, therefore, is established to provide a direction and framework for managing and monitoring the bank in accordance with the principles of good corporate governance.

The Bank believes in adopting and adhering to best recognized corporate governance practices and continuously benchmarking itself against each such practice. The Bank understands and respects its fiduciary role and responsibility to shareholders and strives hard to meet their expectations. The Bank believes that best board practices, transparent disclosures and shareholder empowerment are necessary for creating shareholder value.

The bank was amongst the first four companies, which subjected itself to a Corporate Governance and Value Creation (GVC) rating by the rating agency, The Credit Rating Information Services of India Limited (CRISIL). The rating provides an independent assessment of an entity’s current performance and an expectation on its “balanced value creation and corporate governance practices” in future. The bank has been assigned a ‘CRISIL GVC Level 1’ rating for the second consecutive year, which indicates that the bank’s capability with respect to wealth creation for all its stakeholders while adopting sound corporate governance practices is the highest

 Composition of the Board:

The Composition of the Board of Directors of the Bank is governed by the Companies Act, 1956, the Banking Regulation Act, 1949 and the listing requirements of the Indian Stock Exchanges where the securities issued by the Bank are listed. The Board has a strength of nine (9) Directors as on September 30, 2010. All Directors other than Mr. Aditya Puri, Mr. Harish Engineer and Mr. Paresh Sukthankar are non-executive directors. The Bank has four independent directors and five non-independent directors. The Board consists of eminent persons with considerable professional expertise and experience in banking, finance, agriculture, small scale industries and other related fields.

Mr. Ashim Samanta, Dr. Pandit Palande and Mr. Partho Datta are independent directors on the Board.

Mr. Keki Mistry represents HDFC Limited on the Board of the Bank.

The Bank has not entered into any materially significant transactions during the year 2009-10, which could have a potential conflict of interest between the Bank and its promoters, directors, management and/or their relatives, etc. other than the transactions entered into in the normal course of business. The Senior Management have made disclosures to the Board confirming that there are no material, financial and/or commercial transactions between them and the Bank which could have potential conflict of interest with the Bank at large.

None of the directors are related to each other.

The Board’s Committees are as follows:

Certain rights that a shareholder in a company enjoys :

The rights mentioned above are prescribed in the Companies Act, 1956 and Banking Regulation Act, 1949, whereever applicable, and should be followed only after careful reading of the relevant sections. These rights are not necessarily absolute.

The Memorandum and Articles of Association of the Bank provides the following rights to HDFC Limited, promoter of the Bank:

The Board shall appoint non-retiring Directors from amongst the Directors nominated by HDFC Limited with the approval of shareholders, so long as HDFC Limited and its subsidiaries, singly or jointly hold not less than 20% of the paid-up share capital of the Bank.

HDFC Limited shall nominate either a part-time Chairman and the Managing Director or a full time Chairman, with the approval of the Board and the shareholders so long as HDFC Limited and its subsidiaries, singly or jointly hold not less than 20% of the paid-up share capital of the Bank.

For detailed provisions, kindly refer to the Memorandum and Articles of Association of the Bank, which are available on the web-site of the Bank at www.hdfcbank.com.

All the Directors and senior management personnel have affirmed compliance with the Code of Conduct/Ethics as approved and adopted by the Board of Directors.

The equity shares of the Bank are listed at the following Stock Exchanges in India:

Names of Depositories in India for dematerialisation of equity shares:
(ISIN INE040A01018)

The bank’s shares which are in compulsory dematerialised (demat) list are transferable through the depository system. Shares in physical form are processed by the Registrars and Share Transfer Agents, Datamatics Financial Services Ltd and approved by the Investors’ Grievance (Share) Committee of the Bank or authorised officials of the Bank. The share transfers are processed within a period of 15 days from the date of receipt of the transfer documents by Datamatics Financial Services Ltd.

Details of dividend declared by the Bank:

Details of attendance at the Bank’s Board Meetings held during the year under review, directorship, membership and chairmanship in other companies for each director of the Bank are as follows:

The Bank has complied with all the mandatory requirements of the Code of Corporate Governance as stipulated under Clause 49 of the Listing Agreement with the Stock Exchanges in India.

a) Board of Directors

The Bank maintains the expenses relating to the office of non-executive Chairman of the Bank and reimburses all the expenses incurred in performance of his duties. Pursuant to Section 10(2A) of the Banking Regulation Act, 1949, all the directors, other than the Chairman and/or whole-time director, cannot hold office continuously for a period exceeding 8 (eight) years.

The Bank has set-up a Compensation Committee of Directors to determine the Bank’s policy on remuneration packages for all employees. The Committee comprises majority of independent directors. Mr. Jagdish Capoor is the Chairman of the Committee and is not an independent Director.

The Bank publishes its results on its website at www.hdfcbank.com which is accessible to the public at large. Besides, the same are also available on www.corpfiling.co.in. A half-yearly declaration of financial performance including summary of the significant events is presently not being sent separately to each household of shareholders. The Bank’s results for each quarter are published in an English newspaper having a wide circulation and in a Marathi newspaper having a wide circulation in Maharashtra. Hence, half yearly results are not sent to the shareholders individually.

e) Training of Board Members

The Bank’s Board of Directors consists of professionals with expertise in their respective fields and industry. They endeavor to keep themselves updated with changes in global economy and legislation. They attend various workshops and seminars to keep themselves abreast with the changes in the business environment.