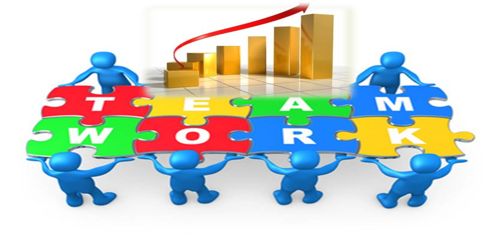 Autonomous work teams are the groups of self-directed, self-managed and self-motivated employees who work for interrelated and interdependent works. This autonomy includes independent decision-making related to a specific work function, project or job and independent freedom to assign individual members specific tasks within the group. Such groups set the standard for output, set the working procedure, take actions, evaluate the outputs and take full responsibility of outputs. They select the team members, prepare the team norms and values, fix responsibility, plan, and carry out the activities, evaluate the performance, and take corrective actions if necessary.

Jobs can be designed for the autonomous team. Normally, if the nature of job demands to be conducted in a group and employees are self-motivated, this method becomes fruitful. In this method, an area of job performance is given to the group in bulks; the group sets the group goal, fixes responsibility to each member, sets the working procedure and schedule, conducts activities and evaluates the outputs. Such jobs can be designed only to those employees who have a strong feeling of group goal, and are self-motivated for higher level performance.