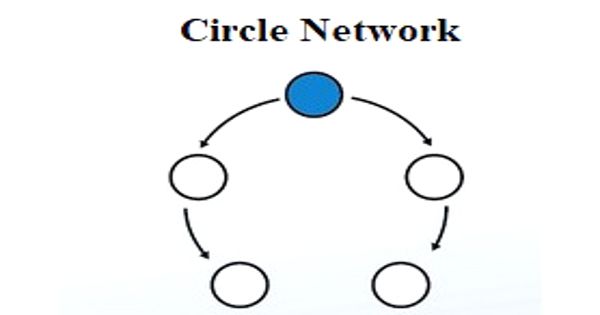 In a circle network, a person can communicate with two other persons one to his/her right and the other to his/her left. Here each member communicates with the people on both sides. This network is observed e.g. when managers are therein a meeting. The manager, in question, can converse with two sit to his right and left. It is generally found in the case of a committee or task force. Here each person gives and receives information from two or more persons in the network.

Circle communication is a form of group exchange that builds a network of relationships, a sense of community. It is one of the decentralized forms of a communication network wherein the information is shared equally among all the members.

In a circle network, employees communicate only with adjoining members of the organization. This circle network is similar to a chain network except that information flows in a circular form or direction rather than vertical form or direction. It is analogous to a group working in a physical arrangement such that workers can communicate with their immediate neighbors but not with others in the group. A can communicate simultaneously with two different persons, B, and C but to communicate with D, he has to pass the information through B or C, and E. All group members can only communicate to the people who are above them or below them in the chain of command. The message flows in one direction or way. 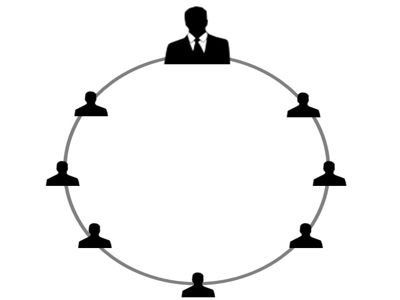 In this communication pattern, lower level staffs do not get a chance to criticize anything to the upper level. By nurturing the human side, regardless of role and function, circle communication intersects with diversity or the uniqueness of each individual, storytelling, coaching, guiding, and mentoring, as well as discovering and responding to conflict. Under this pattern, each member has an equal chance to participate.