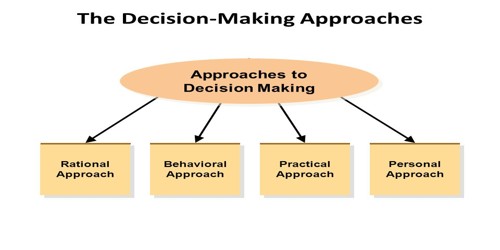 Some Common Errors in Decision Making

Some Common Errors in Decision Making

Since the importance of the right decision cannot be overestimated enough for the quality of the decisions can make the difference between success and failure. Therefore, it is imperative that all factors affecting the decision be properly looked into and fully investigated.

Research shows that decision makers allow biases and errors to creep into their judgments.  The following highlights the most common distortions.

In addition to technical and operational factors which can be quantified and analyzed, other factors such as personal values, personality traits, psychological assessment, perception of the environment, intuitional and judgemental capabilities and emotional interference must also be understood and credited.

Some researchers have pinpointed certain areas where managerial thinking needs to be re-assessed and where some common mistakes are made. These affect the decision-making process as well as the efficiency of the decision, and must be avoided.

Some of the errors are

Decision-making is full of responsibility. The fear of its outcome can make some people timid about taking a decision. This timidity may result in taking a long time for making a decision and the opportunity may be lost. This trait is a personality trait and must be looked into seriously. The managers must be very quick in deciding.

This is a common feature which results in decision-making under pressure of time which generally eliminates the possibility of thorough analysis of the problem which is time consuming as well as the establishment and comparison of all alternatives. Many students, who postpone studying until near their final exams, usually do not do well in the exams.

It is a common practice to cure the symptoms rather than the causes. For example, a headache may be on account of some deep-rooted emotional problem. A medicine for the headache would not cure the problem. It is necessary to separate the symptoms and their causes.

Very often, we take it for granted that the other person’s opinion is very reliable and trustworthy and we do not check for the accuracy of the information ourselves. Many a time, the opinion of the other person is taken, so that if the decision fails to bring the desired results, the blame for the failure can be shifted to the person who had provided the information. However, this is a poor reflection on the manager’s ability and integrity and the manager must be held responsible for the outcome of the decision.

Since most decisions and especially the non-programmed ones have to be based upon a lot of information and factors, the procedure to identify, isolate and select the useful information must be sound and dependable. Usually, it is not operationally feasible to objectively analyse more than five or six pieces of information at a time.

Making a decision is not the end of the process, rather it is a beginning. Implementation of the decision and the results obtained are the true barometer of the quality of the decision. Duties must be assigned, deadlines must be set, evaluation process must be established and contingency plans must be prepared in advance. The decisions must be implemented whole heartedly to get the best results.