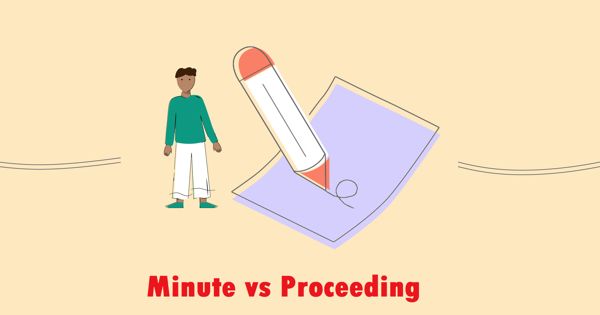 Difference between Minute and Proceeding

Both minute and proceeding are most important, but also there is some difference. Proceedings are a specific set of events that happen within an amount of time. Minutes are simply minutes. The proceedings of the meeting and the minutes of the meeting are placed before the next meeting for confirmation. It is known as authentication of minutes. Proceedings mean the verbatim record for reporting or the discussions and decisions of a meeting.

Difference between minute and proceeding