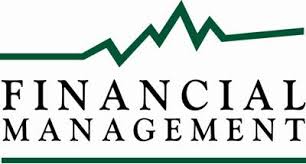 Financial Management means the efficient and effective management of money (funds) in such a manner as to accomplish the objectives of the organization. It includes how to rise the capital, how to allocate it i.e. capital budgeting. Not only about long term budgeting but also how to allocate the short term resources like current assets. It also deals with the dividend policies of the share holders.

The report has been prepared on the basis of the experience gained during the period of the internship the significant features of the report is the use of the both primary and secondary data.

I have collected the primary data from the sample units by direct interview method. I have worked full time in the bank and observed customers service & dealing of all department.

The secondary data were collected from books, paper, magazine, bulleting, circular, memorandum, documents, and monthly transaction record book of the bank. The collected data and information have been tabulated, processed analyzed and graphically presented in order to make the study more informative, useful, and purposeful.

Section As Per Issues Covered

By linking together the currencies or money units of different countries, foreign exchange rates make the comparison of international costs and prices of goods and services possible. Consequently, they play a dominant role in determining the volume and direction of international trade.

Each of these exchange rate systems is discussed in follows:-

In December 1971, a conference of representatives from various countries concluded with the Smithsonian Agreement, which called for a devaluation of the U.S. dollar by about 8 percent against other currencies.

By March 1973, most governments of the major countries were no longer attempting to maintain their home currency values within the boundaries established by the Smithsonian Agreement.

Disadvantages of a Fixed Exchange Rate System. One disadvantage of a fixed exchange rate system is that there is still risk that the government will after the value of a specific currency. Although an MNC is not exposed to continual movements in an exchange, it does face the possibility that its government will devalue or revalue its currency.

A second disadvantage is that from a macro viewpoint, a fixed exchange rate system may make each country more vulnerable to economic conditions in other countries.

An additional advantage of a freely floating exchange rate system is that a central bank is not required to constantly maintain exchange rates within specified boundaries.

A freely floating exchange rate system can adversely affect a country that has high unemployment.

The exchange rate system that exists today for some currencies lies somewhere between fixed and freely floating. It resembles the freely floating system in that exchange rates are allowed to fluctuate on a daily basis and there afternoon official -boundaries. It Fs similar to the fixed rates international government can and some­times do intervene to prevent their currencies from moving too far in a certain direction. This type of system is known as a managed float “dirty” float (as opposed a “clean” float where- rates float freely without government inter-venation).

Criticism of a Managed Float System. Some critics suggest that a managed float ”system allows a government to manipulate exchange rates in a manner that can benefit its own country at the expense of others. For example, a government may attempt to weaken its currency to stimulate a stagnant economy. The increased aggregate demand for products that results from-such a policy may reflect a decreased aggregate demand for products in other countries, as the weakened currency attracts foreign demand.

Our Country export Scenario are as follows

The export earnings during the financial year was nearly Tk. 20.79 billion or 4.06 per cent higher than its target of around Tk. 511.55 billion.

The earnings during June 2005 rose to about Tk. 55.38 billion from Tk. 50.673 billion of the corresponding month of the last fiscal, showing an increase by nearly Tk. 4.71 bil­lion or 9.29 per cent, accord­ing to the Export Promotion Bureau (EPB).

Of the total exports, -earn­ings from export of primary goods during the last fiscal amounted to about Tk. 39.88 billion while it was around Tk. 492.46 billion from industrial products.

The earnings from primary goods were nearly Tk. 3.49 bil­lion and it was more than Tk. 50 billion from the industrial products during June this year.

On the other hand, the exports of woven garments, bicycle, petroleum by-prod­ucts, leather, tea, other pri­mary goods, frozen foods, tex­tile fabrics, home textile and other industrial goods failed to reach their targets.

The United States (US) retained its position as the top importing country of Bangladeshi goods by import­ing 27.87 per cent of total Bangladesh exportable in the US$ market during the fiscal, which amounted to US$ 2,412.05 million (about Tk. 148.37 billion.

As per aforesaid export situation, exchange rate movement affect our country cash inflows received from exporting and other causes and the amount of cash outflows needed to pay for imports and for other reasons. As economic condition change exchange rate can change substantially. A decline in currency value is often referred to as deprecation.

Changes in relative inflation rates can affect international trade activities which influences the demand for and supply of currencies and therefore influences exchange rate movement.

Changes in relative interest rates affect investment in foreign securities, which influences the demand and supply of currencies and therefore influences exchange rates.

A third factor affecting exchange rates is relative income levels. Due to high income unnecessary and luxurious foreign goods will be imported. That case foreign currency will spend more which negatively effect our foreign currency reserve.

A fourth factor affecting exchange rates is govt. controls such as-

Because of Bangladesh has been now adopted floating exchange rate that case demand and supply for currency occur openly and freely without any govt. intervention. Due to this, Bangladesh economy and foreign trade and financing is being influenced by following ways.

But as our income distribution is not properly maintained, Inflation is high and currency is weaken gradually that case floating exchange rate adversely affect our country economy and foreign trade and foreign financing at all.

On the other hand investment of Scheduled Banks decreased during the period as compared to the preceeding three (03) years. Rate of inflation on twelve month average basis increased to 6.83 percent in June 2005 from 5.35 percent in December 2004 and from 4.88 percent in December 2003 (Source –as per The Institute of Bankers, Bangladesh IBB, half yearly journal, June 2005).

Due to floating exchange rate system Bangladeshi national who working abroad are being highly encouraged for sending remittances because of after conversion of foreign currency (Specially against dollar & pound) they are getting more home currency.

Due to the hike in the prices of oil in the international market and unbridled rise in the number of LCS for importing essentials, luxury goods, capital machinery etc., during most part of the last financial year created a substantial pressure on the foreign currency reserve. The lowering of lending rates of commercial banks at the insistence of the IMF contributed to the rise in imports and inflationary pressure. Due to foreign reserve pressure govt. impose some restriction such as margin for letter of credit (LCs) on some special prohibited imported goods.

For that scenario floating exchange rate stimulates Bangladeshi nationals who are working abroad to remittances foreign currency in home by which we can restore our foreign reserve at minimal  level (i.e. satisfactory level) and is helping partially to make payment of our imported daily necessary goods, capital machinery which again regenerate our income, productivity and export oriented goods.

In a nutshell I may draw a conclusion speech that as in recent year many developed countries and growing number of developing countries have adopted floating exchange rate in their exchange rate system that case we cannot abandon this exchange rate-which is very logical and acceptable for our international trade & foreign financing and economic emancipation.

i.    Editorial, The tariff cut riddle and forex reserve-

of 1972, Deptt. of Public Relations and Publications Bangladesh Bank, Dhaka.