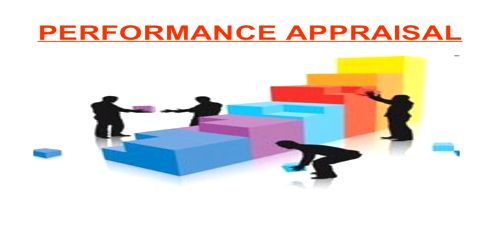 The history of performance appraisal is quite brief. Its roots in the early 20th century can be traced to Taylor’s pioneering Time and Motion studies. But this is not very helpful, for the same may be said about almost everything in the field of modern human resources management. As a distinct and formal management procedure used in the evaluation of work performance, appraisal really dates from the time of the Second World War – not more than 60 years ago. Yet in a broader sense, the practice of appraisal is a very ancient art. In the scale of things historical, it might well lay claim to being the world’s second oldest profession! Appraisal system has been defined by Dulewicz (1989) as a basic human tendency to make judgments about those one is working with as well as about oneself.” Appraisal, it seems, is both inevitable and universal. In the absence of a carefully structured system of appraisal, people will tend to judge the work performance of others, including subordinates, naturally, informally and arbitrarily.

Appraisal also tells the employees as to how they are doing and about the required changes in their behavior, attitudes, skills or job knowledge, in other words, making the employees aware as to where they stand in the eyes of superiors. These form the basis for the coaching and counseling of employees by their bosses.

” The human inclination to judge can create serious motivational, ethical and legal problems in the workplace. Without a structured appraisal system, there is little chance of ensuring that the judgments’ made will be lawful, fair, defensible and accurate. Performance appraisal systems began as simple methods of income justification. That is, appraisal was used to decide whether or not the salary or wage of an individual employee was justified. The process was firmly linked to material outcomes. If an employee’s performance was found to be less than ideal, a cut in pay would follow. On the other hand, if their performance was better than the supervisor expected, a pay rise was in order. Little consideration, if any, was given to the developmental possibilities of appraisal. If was felt that a cut in pay, or a rise, should provide the only required impetus for an employee to either improve or continue to perform well. Sometimes this basic system succeeded in getting the results that were intended; but more often than not, it failed. For example, early motivational researchers were aware that different people with roughly equal work abilities could be paid the same money and yet have quite different levels of motivation and performance. These observations were confirmed in empirical studies. Pay rates were important, yes; but they were not the only element that had an impact on employee performance. It was found that other issues, such as morale and self-esteem, could also have a major influence.

As a result, the traditional emphasis on reward outcomes was progressively rejected. In the 1950s in the United States, the potential usefulness of appraisal as tool for motivation and development was gradually recognized. The general model of performance appraisal, as it is known today, began from that time.

In modern times Performance appraisal may be defined as a structure  formal interaction between a subordinate and supervisor, that usually takes the form of a periodic interview (annual or semi-annual), in which the work performance of the subordinate is examined and discussed, with a view to identifying weaknesses and strengths as well as opportunities for improvement and skill development .

In many organizations – but not all appraisal result are used, either directly or indirectly, to help determine reward outcomes. That is, the appraisal results are used to identify the better performing employees who should get the majority of available merit pay increases, bonuses, and promotions (Goel, 2008).

By the same token , appraisal result are used to identify the poorer performers who may require some form of counseling, or in extreme cases, demotion, dismissal or decreases in pay. (Organizations need to be aware of laws in their country that might restrict their capacity to dismiss employees or decrease pay.)

Whether this is an appropriate use of performance appraisal the assignment and justification of reward and penalties is a very uncertain and contentious matter.