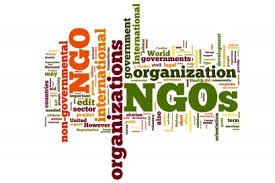 Journey of NGOs in Bangladesh

Prior to independence in 1971, only a few NGOs operated in the then East Pakistan, now known as Bangladesh.  The NGOs campaign in Bangladesh began only after the liberation war of 1971 and a number of NGOs emerged during this period to tackle relief and rehabilitation activities in war torn Bangladesh since the Government mechanism was not quite enough to face the crisis.

This welfare orientation in NGOs prolonged till 1974. Thereafter, they extended their field of development activities through community development approach. During this time emphasis was given on boosting food production though the use of modern firm technology. Thus, from the beginning of 1976, some NGOs modified their strategy and administered their programmers and services to benefit the poor. This is now known as the target group approach where the poor with similar economic interests were grouped together. Besides mobilizing the poor, the NGOs also provide various support services ranging from training, credit, income generation, health, etc. to developing the capacity of the poor and the economic empowerment.

Building Organization of the poor: One of the major contributions NGOs in development has been in building organizations of the poor through social structure analysis. NGOs make the poor aware of the causes of their poverty, dependence and domination and put emphasis on the critical need to unite together. NGOs set different criteria for enrolment limited to only those people for whom the organizations had been formed. Criteria for enrolment of members usually related to (a) age, (b) gender, (c) land holding size, (d) occupation, (e) income and (f) asset (Hussein, 1990).  However the concept of the ‘poor’ significantly varied among the organizations. At one extreme the definition was restricted to include only the destitute as ‘poor’ while at the other end, the definition was extended to formally allow even the middle-income people to join the groups under NGO organization.

Nearly 85% of the population of Bangladesh lives in rural areas and most of them live below the average poverty line. They don’t have regular income for their livelihood and don’t possess productive assets or resources. This community of the society doesn’t get proper attention in Government Programmer Planning. Besides, Government efforts towards reduction of poverty are quite.Inadequate. In such a miserable condition some NGOs have come forward with poverty alleviating programmers.

* Besides mobilizing the poor, the NGOs have been providing them with credit and other needed inputs and services for agricultural development such as organic agriculture, livestock and poultry, horticulture, sericulture, bee-keeping, nursery development, irrigation and water management, and non-firm activities as handicrafts, weaving, local transport, etc.

* They also make remarkable contribution in promoting appropriate technology for the betterment of the poor. The treadle pump and the bamboo tube well development by RDRS, the solar dryer development by MCC and Mirpur Agricultural Workshop and Training School earned great appreciation both at home and abroad (ANGOC: 1984).

* In irrigation and water management, besides promoting appropriate, low-cost irrigation technologies, NGOs have capacitated their beneficiaries to become proprietors of irrigation equipment through credit support. Now the beneficiaries are selling water to farmers within their command areas in exchange for a certain proportion of crop or cash. Currently the number of such irrigation schemes roughly stands at 1500, sponsored by various NGOs (Task Force Report 1991).

* NGOs also provided for skill development in the field of livestock and poultry, horticulture, handicrafts etc. for example, Nijera Kari runs training programmers for the members of village organizations. These programmers are at the different levels and individual attend successively higher levels. Not all members of an organization attend in the fast instance one or two members of a new group will go. By 1986, for example 3529 people had been on basic training course, and a lesser number on more advance courses (Harland 1991).

Bangladesh, formerly widely known as an ecological sound belt, is today discussed to be an environmentally endangered region. The crucial problems in Bangladesh include deforestation, desertification and damage to the genetic and aquatic environment. The NGOs have been taking programmer on social forestry, water and sanitation and aquacultures to tackle those problems. In the field of health NGOs have made meaningful contribution in extending health services to the poor through clinics.  NGOs claim notable success in population control through education; motivation and contraceptive delivery, in reducing infant and child mortality through extended immunization programmed and also in controlling tuberculosis and leprosy through preventive education and curative care.  Samovar Credit Programmed, one of the credit programmers of Samovar Bangladesh claimed to get all the group members of this project adopted family planning (Hussein 1990). On the other hand the rate of family planning adoption by community motivation and functional education project (CNEF) of RDRS and Heed Kamalganj Project of Heed Bangladesh is only 40 percent and 3 percent respectively (Hussein 1990). The Oral dehydration therapy, international by BRAC, also had earned great national and international appreciation and the programmed has contributed in reducing infant and child mortality significantly (ANGOC 1984).

The NGOs have concentrated their efforts on eradicating illiteracy through functional education. They have been particularly working on children’s education programmed and trying to minimize the rate of dropouts, which is found to be alarmingly high in Government and other schools. Measures taken by the NGOs for eradicating illiteracy are adult educational activity, signature learning, and nursery for babies, supply of educational materials, feeder school operation, etc. (Hussain 1990). Samovar Bangladesh claimed, all the beneficiaries of their Samovar credit programmed can sign (Hussain 1990). Very recently BRAC has been rewarded internationally for their non-formal education programmed.

NGOs of Bangladesh have increasingly become subject to criticism about their role and functions, by the government, political parties, professionals and public in general. The issues of criticism are as follows:

i)  NGOs are taking funds from various donor agencies. Though they operate within the legal framework of the country, in most cases they are accountable to the donor agencies rather than Government of Bangladesh.

ii)  Political parties, particularly the; leftist parties, critic’s NGOs for taking funds mostly from western donors and from the national institutes of the capitalistic governments. Leftist parties argue that this is one kind of patron-client relationship, which increases dependency and hinders social revolution.

iii) The most serious allegation against the NGOs is that in spite of hundreds of NGOs working in Bangladesh for years together, yet the reduction of poverty is not visible. Rather poverty is increasing day by day while in the name of helping poor people the number of millionaire is increasing every year.

v)   Some NGOs are related with politics, which is against law.

NGOs those receiving funds exclusive from Christian church organizations accused of conversion. If any NGO is involved in such activities government should take action rather than accusing all NGOs (Task Force Report: 1991).

VII)  NGOs are accused of area biased. They have concentrated themselves in the thanes nearer to Dhaka. As a reason, people of these areas are getting benefits from different sources, while people of other remote areas are deprived of those resources.

VIII)     NGOs are working with the government without having any coordination among them. It creates duplication of activities and wastages of money.