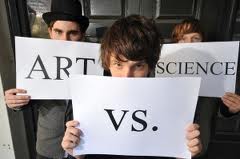 Is Management an Art or a Science

Management as an art or science or a combination of both, let’s see the words ‘SCIENCE’ and ‘ART’. A science can be referred to as knowledge about the structure and behavior of the natural and physical world, based on facts that you can prove. This can be done through experiments. Hence, predictions can be made from such experiments. ART on the other hand can be seen as a skillful way of doing things.

Management as an art deals with the application of skills in the process of getting things done through people and available resources. On the other hand, as a science it deals with making decisions and implementing them based on the gathering of past and present data, analysing them and the correlation of such data in order to predict future occurrence.

To buttress my point, in the modern world, the budgets of various countries and organizations are made through the use of existing data which is one of the duties attached to management. Hence, in budgeting, prediction are made from past and present information which can be attributed to science.

Also, all over the world, we have laboratories that are specially designed to study the behavior, attitudes and the way of life of people in order to suggest the best ways of leading, controlling and relating with them in order to achieve desired goals from them.

Not only that, future productions and sales are also forecasted which are all related to science. Certain decisions are made through the use of statistical tools like the chi-square, regression equations, partial correlation, Mann-Whitney test and so on which are also known all over the world as scientific tools.

Management as an Art:

Art refers to the way of doing specific things; it indicates how an object can be achieved. In the words of George R. Terry, “Art is bringing about of a desired result through the application of skill.” Art is, thus, skilful application of knowledge which entirely depends on the inherent capacity of a person which comes from within a person and is learned from practice and experience. In this sense, management is certainly an art as a manager uses his skill, knowledge and experience in solving various problems, both complicated and non-complicated that arise in the working of his enterprise successful. In the words of Ernest Dale, “Management is considered as an art rather than science mainly because managerial skill is a personnel possession and is intuitive.”

Management as a Science:

Science may be described as a systematized body of knowledge based on proper findings and exact principles and is capable of verification. It is a reservoir of fundamental truths and its findings apply safely in all the situations. In this sense, management is a science as it has also developed some systematized knowledge. Like other sciences, management has also developed certain principles, laws, generalization, which are universal in nature and are applicable wherever the efforts of the people are to be coordinated. But management is not as exact science as other physical sciences like physic, chemistry, biology, astronomy etc. The main reason for the inexactness of science of management is that it deals with the people and it is very difficult to predict their behavior accurately. In this way, management falls in the area of ‘social sciences’. Thus, it is a social science.

Conclusion- Management is an Art and Science Both

From the above study, we conclude that management is an art and science both. According to American Society of Mechanical Engineers. “Management is the art and science of preparing, organizing and directing human efforts to control the forces and utilize the material of nature for the benefit of men.