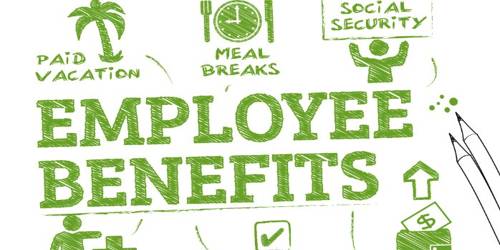 Man is a wanting animal. Once money satisfies his/her physiological and security needs, it ceases to be a motivating force. Then, higher order needs for status and recognition and ego in the society emerge.

Incentives are variable rewards granted to employees as per the variations in their performance. A non-monetary reward can consist of almost any material object such as jewelry, precious metals or an automobile for example. In business, a non-monetary reward can also be a service such as improvements made on a property or repairs done on a car. To succeed, an organization must attract and retain productive employees. Incentives are provided beside wages and salaries so that the level of motivation and job satisfaction can be enhanced. Incentive payments are quite substantial and paid regularly as wages and salaries.

Appreciation or praise for work done be it at home, at school/ university or at the workplace, serves as an effective non-financial incentive. Appreciation satisfies one’s ego needs. However, managers need to use this incentive with a great degree of caution because praising an incompetent employee may create resentment among competent employees.

If there exists, a healthy competition among the employees both at individual and group levels, it will prompt them to exert more to achieve their personal or group goals. Thus, competition serves as a non-financial incentive for employees to put in more efforts at their works.

Sometimes, group incentives act as more effective than individual incentives to motivate the employees. Particularly, when the prestige or even existence of a group is at stake, the group members work with a team spirit. This results in high morale and, in turn, increases in its productivity.

Inviting workers to participate in management gives worker’s a psychological satisfaction that their voices are also heard. This imbibes a sense of importance among the workers.

Man is not only a wanting animal but an ambitious creature also. People always need to grow in their career. So, if the employees are provided proper opportunities for growth and career advancement and chance to develop their personality, they feel much satisfied and become more committed to the organizational goals.

Suggestion system is yet another non-financial incentive to be used to motivate employees. Following this, some organizations make use of cash awards for giving useful suggestions. They sometimes publish the worker’s name with his/her photograph in the company’s magazine with a motive to encourage other workers to search for useful suggestions for the company. Thus, suggestion system acts as an incentive for the workers to be in search of something useful for the company.

Job enrichment simply means adding the contents to a job leading to increased responsibility, scope, and challenge in its performance. Particularly, the executives working at the higher levels often prefer to job enrichment because it makes the job more challenging.

They derive higher satisfaction by performing more and more challenging jobs. Thus, job enrichment as an incentive motivates the executives to exert for the accomplishment of their goals. Job enrichment is a by-product of job design which is discussed subsequently.