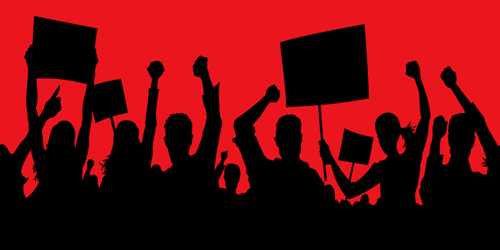 Prevention and Resolution of Labor Disputes

Prevention and Resolution of Labor Disputes

In general term, the dispute is the disagreement or conflict between two persons or parties for a particular interest. The labor dispute is thus the disagreement or parties of particular interest. It should be redressed or prevented as soon as possible. Grievances and conflicts are an inevitable part of the employment relationship. The objective of public policy is to manage conflict and promote sound labor relations by creating a system for the effective prevention and settlement of labor disputes.

Prevention of dispute means, avoiding it from the very beginning of its occurrence, whereas, settlement of dispute means, managing the existing dispute through the use of different management tools and techniques.

Following are the main methods of settling disputes:

It is concerned with a process of negotiation, settlement, and administration of disagreement between management and workers. In collective bargaining, workers are represented by their representatives for the determination of mutually trusted terms and conditions at work. Under this method of dispute settlement, employees and management sit together to discuss the agendas and problems of employees. Then, an agreement is reached is based upon the consensus of both the involving parties to settle the existing disputes or to avoid future occurring labor disputes in the organization.

Employee grievance is the perception of unfair treatment at work. In every organization, employees have the complaint against their employers. Hence, a complaint affecting one or more employees at a time does constitute a grievance. Grievances are symptoms of conflict in an organization; hence, they need to be managed promptly and efficiently. Therefore, a proper step should be taken towards the systematic settlement of grievances in the organization.

Conciliation means settlement of the dispute by the perception of third parties. In simple terms, conciliation means the reconciliation of differences between individuals. It refers to a process by which the disputing parties are brought together before a third party with a view to settling the disputes through persuasion. They discuss the issues and problems and reach an agreement. During discussions, the third party can only provide suggestions but cannot influence either party for the implementation of its suggestions.

It is similar to conciliation under which a third party is appointed for recommendations and suggestions. A party for mediation of labor disputes, the Labor party services shall be provided by the municipality or county (city) competent authority mediation application. Under this process, the party plays a more significant role as compared to conciliation. Here, the third party works as an arbitrator by giving a solution on a dispute while in conciliation the conciliator only facilitates the talk between disputing parties.

It is an ultimate legal remedy for any dispute. Under this method, the disputes are settled in reference to adjudication by the government. Hence, this is regarded as a process of mandatory settlement of any dispute through adjudication with or without the consent of disputing parties.