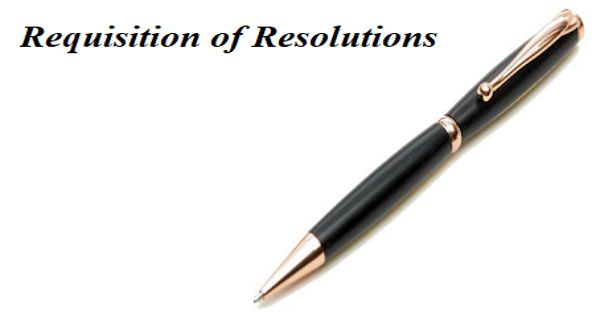 Requisition of Resolutions is the act of formally requiring or calling upon someone to perform an action. A formalized requisition process improves efficiency and accountability across all points of contact. The subject matter of the resolution should be as it was recorded in the meeting.

The requirements of a good resolution are;

Shareholders can require the directors of a company subject to the Companies Act to call a general meeting of its shareholders if they together represent at least 5 percent of the paid-up voting share capital of the company (excluding any voting rights attached to treasury shares). If the requisition identified a resolution intended to be moved at the meeting, the directors must include notice of that resolution in the notice convening the meeting.