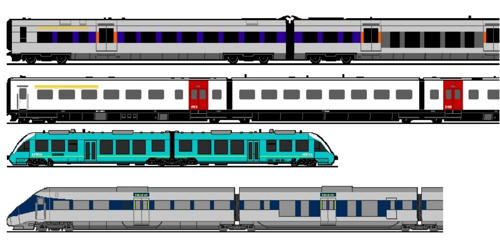 Rolling Stock is the wheeled vehicles owned and used by a railroad or motor carrier. It refers to the stock of engines, boilers, carriages, wagons, railway cars, or trucks. It is defined as – “transit vehicles such as buses, vans, cars, railcars, locomotives, trolley cars and buses, and ferry boats, as well as vehicles used for support services.” So, it is the wheeled vehicles of a railroad, including locomotives, freight cars, and passenger cars. It is considered to be a liquid asset, or close to it since the value of the vehicle can be readily estimated and then shipped to the buyer without much cost or delay.

This term in the rail transport industry refers to railway vehicles, including both powered and unpowered vehicles, for example, locomotives, railroad cars, coaches, private railroad cars, and wagons. In a long-distance railway system, rolling stock comprises all the vehicles that move along a railway, including powered and unpowered vehicles such as locomotives and passenger carriages. Rolling stocks have a safe operating space so that a profile defined for rolling stock, structures, and equipment close to the line is not exceeded. It is any of various readily movable transportation equipment such as automobiles, locomotives, railroad cars, and trucks. For rolling stock, there are three relations between the swing surface of the steering wheel and the longitudinal axle of the car body, including the angle of zero, constant, and variable. 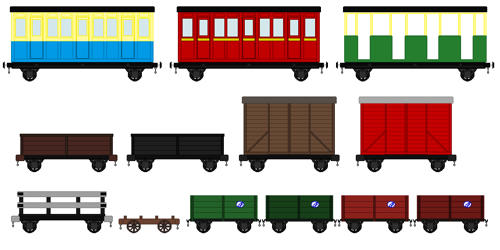 Rolling stock generally makes good collateral for loans because the equipment is standardized and easily transportable among firms or locations. A rolling stock support system has three levels of maintenance: operational, light, and heavy. The operational-level maintenance of the rolling stock might include lubrication and inspection of components during refueling or replacement of light bulbs or other consumables at convenient times. The spare parts and consumables would be kept at stations for ready use. The safety and signaling systems are usually a combination of old mechanical systems and new electronic systems that require a diverse range of parts and training skills for maintenance.