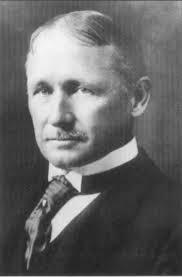 The scientific management, work was performed by skilled craftsmen who had learned their jobs in lengthy apprenticeships. They made their own decisions about how their job was to be performed. Scientific management took away much of this autonomy and converted skilled crafts into a series of simplified jobs that could be performed by unskilled workers who easily could be trained for the tasks.

Taylor became interested in improving worker productivity early in his career when he observed gross inefficiencies during his contact with steel workers.

Fredrick Winslow Taylor ( March 20, 1856 – March 21, 1915) commonly known as ’Father of Scientific Management’ started his career as an operator and rose to the position of chief engineer. He conducted various experiments during this process which forms the basis of scientific management.

According to Taylor, “Scientific Management is an art of knowing exactly what you want your men to do and seeing that they do it in the best and cheapest way”. In Taylors view, if a work is analysed scientifically it will be possible to find one best way to do it.