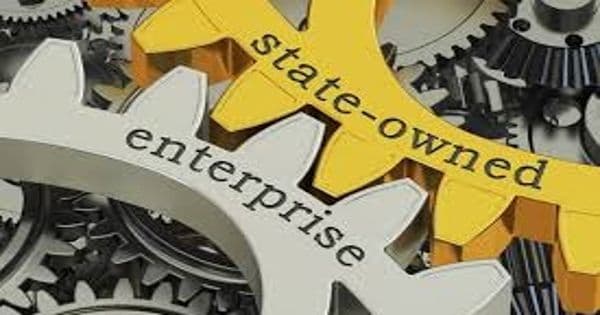 State-owned Enterprise is a business enterprise where the government or state has significant control through full, majority, or significant minority ownership.

Defining characteristics of SOEs are their distinct legal form and operation in commercial affairs and activities. The government may assume full or partial ownership of a state-owned enterprise, which is usually allowed to take part in specific activities. While they may also have public policy objectives (e.g., a state railway company may aim to make transportation more accessible), SOEs should be differentiated from government agencies or state entities established to pursue purely nonfinancial objectives. There are many SOEs around the world and examples include Fannie Mae and Freddie Mac, which are sponsored by the US Government. In the US, mortgage companies like Fannie Mae and Freddie Mac are among the most notable state-owned enterprises, although they are not restricted to lending only.

In most countries with an abundant supply of resources, the state usually owns a stake in minerals, oil, and gas produced locally. SOEs are common with natural monopolies because they allow capturing economies of scale while they can simultaneously achieve a public objective. The resources are accrued because a state-owned enterprise owns or operates shares through what is known as an operating license.

SOEs can also help foster industries that are “considered economically desirable and that would otherwise not be developed through private investments”. Although both bodies have a government body that owns a portion of the shares, listed companies are owned and operated by private individuals.

SOEs are also frequently employed in areas where the government wants to levy user fees but finds it politically difficult to introduce new taxation. State-owned enterprises are the backbone of many countries, especially in the developing world, and if used properly, they can help spur growth.