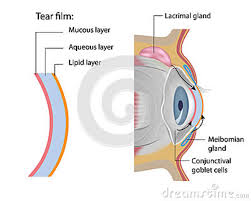 In leather finishes, film forming materials having binding power. When film formation materials with other ingredients is applied on the leather surface in the liquid state and its dilution is so adjusted that sufficient time is available for uniform spreading of the season on the leather surface by hand or machine and setting of pigment particles before the solvent goes out by evaporation. As evaporation of volatile matters (solvents) continues, the solid content of the season increases with gradual decrease in film thickness till a constant thickness, which again depends on the concentration of non-volatile matters in the season, is reached and after which no decrease in thickness is noticed even through evaporation continues. The molecules of the film forming materials together with other molecules of non-volatile materials present thus approach each other and since the intermolecular forces, called van-der- Waals forces, the force of attraction increases very rapidly with the decrease of molecular distance. The tensile strength, flexibility, wears resistance and practically all other physical properties of film naturally depend to a large extent on the strength of van-der-Waals force.

The secondary valence force are actually due to residual fields left about the molecules as a whole after two or more atoms have combined together to form a molecule through primary valence forces. When electrons are transferred from one atom to another, as is found in ionic bonds, to form a molecule, the latter becomes a dipole with permanent dipole moment. Similarly when a molecule with dissimilar atoms is formed through covalent bonds, the centers of action of positive charges may not coincide of action of negative charges, the whole system thus will show a dipole moment. The same rule can be attributed when molecules are formed from atomic stages through other types of bonds.

In a molecule there may be several dipoles but the overall dipole moment of the molecule is the resultant of all the dipole moments in it, for simplicity let us consider two different arrangements of equal and opposite charges at the corners of a square as shown in figures(a) and (b). There is another effect called the dispersion effect by which non-polar molecules may gain polarity. This type of secondary valence force arises from the temporary relative displacements of the nuclei and electrons during the vibration of the several parts the molecule with respect to one another.

During film formation the dipoles rotate, if necessary and finally arrange themselves in such in a manner so that the positive poles may face the negative poles in parallel and in anti-parallel arrangements as shown below:

This is called orientation effects.

Thermal agitation always tends to upset these alignments, so that this type of secondary valence force is highly dependent upon temperature. In a film, both attractive forces between dissimilar poles play their roles side by side, no doubt, but due to orientation effect the average distance between dissimilar poles are less than the average distance between similar poles and therefore overall, resultant force is the attractive force. If, on the other hand, the resultant force was repulsive, the molecules would behave like a perfect gas instead of forming any film.