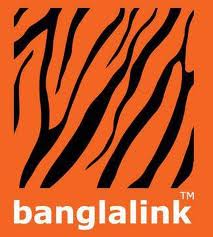 All praises are due to the Almighty Allah without whose kind blessings, it would not be possible to complete the report.

In the process of preparing the report, I received valuable inputs, guidance, assistance and instructions from a number of respected persons. I would like to express my gratitude and sincere thanks to those persons for their immense help and enormous cooperation.First of all, I would like to convey my gratitude to my honourble Mr. Quazi Abdus Samad, who has given me the opportunity of conducting the research on “Roles and Responsibilities of Manager at Different Levels of Organizational Hierarchy in Banglalink GSM Telecom Co”

I also express my sincere thanks to Mr. Delwer Hossain, Assistant Chief; Ministry of Finance who have given me valuable inputs and guidance during conducting the research work and preparing the report.

At last I would like to express our thankful gratitude again to my respected faculty Mr. Quazi Abdus Samad  because he has given me the opportunity of conducting such kind of project and helping in preparing the project report which will be very helpful for my prospective career.

Importance of Management Roles in small and large Firms:

The managerial hierarchy of

3. It and billing manager

In our visiting organization concentrate on Acknowledging mail; doing external board work; performing other activities that involve outsiders.

Responsibilities of managers at different level of

Distribution of per functions by organizational levels in

Comparison and contrast between theoretical and

(According to Mintzberg roles)

Recommendation on Phase III: According to our opinion BanglaLink Telecom Company is doing their business well. Some parts they are closely related with theoretical concept and some part they have lack. But over all their performance is satisfied.

A solid grounding in management is essential to successfully siding today’s large of small, profit or not-for profit organizations through rapidly changing times. From the theory, research and practice we find similarity between our visiting organizations and also found some contrast. But most of the parts of the reports are similar like theoretical study. In some place we find lack, which can be negligible. If we identify the Banglalink Gsm Telecom Co.  in terms of managerial value as 100% but there achievement found 85% that is excellent and acceptable. And they have a long periodical experience in Telecommunication Business sides. So, we think, though they have some contrast but they could all try to remove there lack age to over come from the present situation.