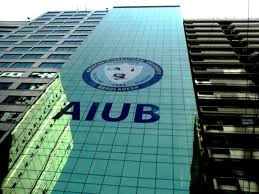 The main focus of my research is the problems especially with AIUB female students face problem in public transportation modes today. Most of the women in the middle class segment of the community use public transport to reach their destinations every day. Many of them include working women doing part time or full time jobs. They use busses, rickshaws, tempos or CNG auto rickshaws to go to different places they need to go. The following will discuss various transportation modes and their degree of being safe for women.

A few years back I saw a poster in a store. There was a picture of a woman with 10 hands doing ten different things and her husband looking at her and saying that “my wife does not work”. It was a common picture in Bangladesh.

There was a time when women used to stay at home and do all the household works. Their husbands used to complain that they do not do anything. Men used to underestimate and dominate their wives as they were the only earning member of the family. They used to take all the major decisions for the family. Women were treated like servants.

The possible reasons for husbands not allowing or opposing their wives doing jobs outside are categorized on the following classifications:

I conducted a survey among forty people for the purpose of the research. I have showed my findings of the survey through graphs and interpretations. The graphs and explanations are given as follows:

We are focused on AIUB female student. So generally it is very much common that, those who are mostly regular student likely to be 226 year in old. That’s seemed in our survey, that most of the girls are 22-24 years old and some of more than that and those who are fresher’s, they are mostly 18-22 years in age.

In AIUB, all most all of the female student is unmarried/single. Some of are married, whose are maximum studied in their last semester or all most finish their degree. In MBA maximum are married. So this is the mixed but majority of the student reads in under graduate program, so rate of unmarried is high.

This is very tuff in AIUB to keep in CGPA in a high rate. The format of the system of education is too much different from the other universities. That’s why most of the girls have average CGPA, Which is between ‘2.5-3.5.’ So it is clearly showed in our survey.

Availability of sitting system in Transportation

Most of the transports, whose are come in Banani, are mostly frequent in time, Because Banani is a busy and official area, and so infrequent transports are very rare in this area. That’s why most of the students face not much problem for timing in Transport.

Rent of different type of transport, which is available for students to come in AIUB, is almost fixed. Students, who is come regularly, is faces not so many problem in rent. All most all of the respondents face acceptable rent.

Satisfaction level with the Rent

Satisfaction of rent in transportation is for all AIUB female students. Mostly are agreed with the rent which they can afford. Some of not so agree and some of totally disagree of the rent of transportation.

Availability of transport of the late afternoon or evening

This is the vital fact for the every student for AIUB. In the afternoon, lots of offices finish, so normally it’s a busy time for everyone. It is a task point to get transport in right time. Our respondent shows us that it’s very difficult to get that.

This seems a vital problem for female in public transport. We always see this problem faces women in transportation. Maximum women are physically harassed by teasers. AIUB female students are also faces this type of problem. Al most half of the respondents face this problem.

This seems a vital problem for female in public transport. We always see this problem faces women in transportation. Maximum women are mentally harassed by teasers. AIUB female students are also faces this type of problem. Al most half of the respondents face this problem.

Condition of the seats in Transport

Do you get the seats which are fixed for the women?

All most half of the students get their seats which are selected for women and half of students do not get it. So it is a very complicated matter.

Are you satisfied with the behavior with conductors?

Survey shows us all most half of the respondents are very much satisfied with the behavior of the conductors. It is important to get reputation from every person. Either it is male or female.

Are you satisfied with transportation cost?

Do you think CNG, CAB, BUS services is safe for women?

This is a several type of question for every one and we get results in severally. Half of the respondents says it is safe and half of says it is not.

Which transportation is preferred by you?

In this section, the majority of the students say that sitting service is much more preferable.