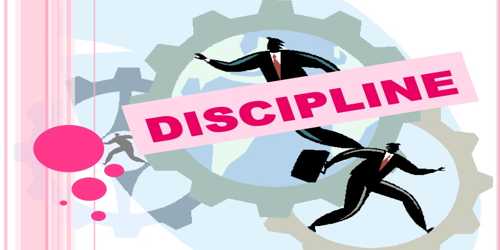 Disciplinary procedures are a set way for an employer to deal with disciplinary issues. They should include a disciplinary hearing where you’re given a chance to explain your side of the story.

All the employees of an organization neither are nor self-disciplined, rather some of them may create disciplinary problems in the organization. Such problems are also called indiscipline behaviors or misconducts.

The most frequently used disciplinary problems are as follows:

Attendance related problems are those in disciplinary actions that seriously create infractions for managers. They are undoubtedly a serious problem facing managers. It is much more serious and widespread than other problems. Attendance problems are as follows:

If the employee has financial issues they may need employee assistance program referrals. That can be a good way to address some of the personal problems. Everyone wants privacy and you don’t have to be their counselor, but you can give them a place to go for help.”

Job behavior problems are related to on the job behavior of the employees. Such problems may include carelessness, fighting, gambling, failure to use safety devices, dishonesty, refusal to obey orders, failure to report accidents, abuse of alcoholic liquids and drugs, sleeping or loafing on the job, insubordination and so on, Most of these problems reflect direct infractions of organizational rules and regulations, Moreover, such problems clearly indicate a violation of organizational norms, values, and culture; hence, such infractions are rarely difficult to address.

These are those disciplinary problems that will take place outside organizational environment. These are, therefore, also called off-the-job activities. They are resulted from activities of employees outside of their work and adversely affect the work performance. Unauthorized strikes, wage garnishing, decorating outside criminal activities, working for competitors are the examples of outside activities. Sometimes they impair the image of the organization. Hence, such activities should be checked properly for which there will be a need for disciplinary actions.