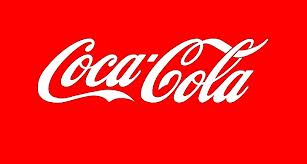 A Case Study on Coca Cola

“Coca-Cola remains emblematic of the best and worst of America and Western civilization. The history of Coca-Cola is the often funny story of a group of men obsessed with putting a trivial soft drink “within an arm’s reach of desire.” But at the same time, it is a microcosm of American history. Coca-Cola grew up with the country, shaping and shaped by the times. The drink not only helped to alter consumption patterns, but attitudes toward leisure, work, advertising, sex, family life, and patriotism.“ -MARK PENDERGRAST, For God, Country, and Coca Cola

I can remember, as a child, drinking a cool glass of coke during the hottest days of summer. My dad would be cleaning his car or doing yard work and he would call out to me, “Go inside and bring me a glass of coke.” And inside I would go, opening up a red aluminum can and pouring the caramel-colored liquid into a glass. Coca-Cola. Even during school parties Coca-Cola was the preferred drink. If someone brought in the imitation kind (H-E-B Cola anyone?) it was almost like a personal insult to some – why not splurge a little more for the real thing? – but it was unspoken, of course.

Coca-Cola is such a popular American icon, if not one of our strongest ones; and I agree with the quote from above about Coca-Cola growing up with our

country. As we can look back on our memories, so can can this brand. As we grew, they grew. As we transformed, they transformed.

But, of course, my focus is on the chameleon-like package design of Coca-Cola -primarily its bottle design.

First A Bit of History

It was the year 1886. The Statue of Liberty, our great American icon, was currently being built into New York harbor at the time. However, way down south in Atlanta, another infamous American icon was also being constructed.

In the backyard of one Atlanta pharmacist, John Pemberton was curiously trying out different recipes of tonics in a brass kettle. You see, this was also the time where Atlanta enacted a prohibition law; thus, outlawing the ever-so-popular ingredient of alcohol in many pharmaceuticals. Pemberton just so happened to be one of the many who had to change his alcohol containing tonic, “Pemberton’s French Wine Coca”, to one that suited the new law better.

Of course, even though Coca-Cola no longer contained alcohol it still had cocaine…go figure right? Anyway, Pemberton gave out samples to local friends and neighbors who all agreed that he had something special here. Not one to miss out on this opportunity, Pemberton went to a local pharmacy to set up a soda fountain stand. Each glass was sold for 5cents at the time and became a popular favorite – however, it still hadn’t reached that superstar status quite yet.

The Transformation of the Coca-Cola Bottle

No, there was no bottle for it quite yet. It wasn’t until 1894 that a businessman, Joseph Biedenharn, came into contact with Coca-Cola so he could sell it in his store. The glass bottle he used was a common Hutchinson design as seen in the picture to the left. However, even though Coca-Cola allowed Biedenharn to bottle there product, they still hadn’t officially start packaging quite yet. That wasn’t until 1899 when two young attorneys – Thomas and Joseph B. Whitehead – from Tennessee approached Coca-Cola with a strong belief they could build a successful business around bottling this soft drink.  (Coca-Cola Company, 2008). An eventual third lawyer, John T. Lupton, joined them and they all divided the country and shipped out hundreds and thousands of Coca-Cola bottles out. This effort was greatly boosted by improved bottling technology – which boosted efficiency and product quality. By 1909, there were almost 404 bottling companies open for Coca-Cola.

Analysis: Package was a glass 6.4 fl ounces Hutchinson bottle. Not much brand differentiation here, this bottle could pass off as anything (I mean, lemonade or molasses looks right at home here) if it wasn’t for the barely there Coca-Cola logo. The prominent red Coca-Cola color isn’t in effect either yet. All in all, this bottle shows weak brand personality and differentiation. However, this is to be expected since Coca-Cola didn’t really have a brand personality at the time – it was simply a carbonated drink that was proved to be profitable to some people As Coca-Cola’s popularity began springing up, the company began to worry about people being cheated out by imitators. So the company asked various places like glass companies to submit ideas of how the new Coca-Cola bottle should be. The winner was the Root Glass Company of Terre Haute who designed the now infamous contour bottle shape – hey they even put a patent on the bottle shape! As the 1920s began, there were over 1,000 bottling companies for Coca-Cola. Some companies suggested to Coca-Cola that they should implement the use of six-bottle cartoons for sell. The result of this idea? Everyone loved it and by the end of the 1920s bottle sells exceeded fountain sales by a landmark (The Coca-Cola Company, 2006).

Analysis: The classic Hutchinson glass bottle was changed to the newly designed contour bottle (still 6.4 fl ounces). This is the first time we see some brand differentiation and the beginning of a more contemporary Coca-Cola bottle. Now the Coca-Cola is more distinguishable because it has a signature look to it. When people see this bottle they automatically think – Hey, this is Coca-Cola. In fact, researchers have proved people can still distinguish a Coca-Cola bottle in the dark (The Coca-Cola Company, 2006). Thus, we are seeing the beginnings of a growing brand personality.

Starting in the 1950s, now had the option of choosing package size and type. You could now pick the traditional 6.4 fl ounces bottle or 10, 12 and 26 ounce versions. Cans were also introduced during this time, however, they really didn’t pick up until the 1960s. The style and design of this can was called a Hayward can. In addition, a new brand of Coca-Cola was introduced – Fanta (History of Bottling, 2006).

Analysis: Now we’re on to something here. 1950s was a landmark period for Coca-Cola with its spectrum of varieties. For the first time people could pick what size of Coca-Cola you wanted and if you wanted it in a can or bottle. This need to offer variety shows the increasing popularity of Coca-Cola, that is has brand-loyal consumers. The aluminum can was also introduced and opened up a new way to sell Coca-Cola (however these cans were usually meant for the army).  Furthermore, this is also the first time we see the color red implemented on its package design – now people can associate the color red to the brand.

Following the introduction of Fanta in the 1950s, this new brands were also introduced: Sprite, Minute Maid, Fresca and TaB in the 1960s. Furthermore, it was during this time that Coca-Cola got a patent for the word “Coke” and started using it on their cans and bottles. In the 1970s, we have the introduction of the first ever plastic bottle of Coca-Cola in the form of a 2 liter ounce bottle.

Analysis: There’s a lot going on for Coca-Cola during this time in terms of its brand growth. Now the company isn’t tied to just Coca-Cola but to other branches such as Sprite. Notice it’s in 1962 that Coca-Cola decides to toy around with its popular given nickname of “Coke”. Also, it wasn’t mentioned before but in the picture to the left you can see its in the late 1950s that Coca-Cola starts using white paint for its logo instead of imprinting it on the bottles. This makes it easier for consumers to recognize the coke bottle. The late 1990s gives us the first time ever Coca-Cola uses red in its glass bottle designs.

Today we have a lot of brand differentiation with parity objects such as soft drinks, but Coca-Cola manages to keep being a key player in the world of beverages. Coca-Cola is always reinventing its package design, always churning out new ideas to stay relevant in our culture. In other words as we grow, Coca-Cola grows. Here are some contemporary designs of Coca-Cola: Impact On Our Culture

Nevertheless, Coca-Cola has ingrained itself into American culture. As the quote from beginning mentioned, it has grown up with us. It’s almost like a reflection of our history. Let’s check out some of Coca-Cola’s impact on our culture.

Above is a video posted by a user who enjoys the hobby of Coca-Cola collecting. A good question to ask is why do people put so much time and effort into collecting something as trivial as a Coca-Cola bottle. The end profit for amassing a huge collection of these bottles isn’t too enticing – so why? Well on a study done by Terry Shoptaugh of Northwest Minnesota Historical Center she offers the idea that collecting is based on a desire to remember and relive the past (Franke, 2009). I think that hits home for Coca-Cola collectors.

I can use my dad as example for this one since he also is an avid Coca-Cola bottle collector. During my freshman year of college Coca-Cola had this promotion where they were releasing a limited-time only edition of coke. I bought two, thinking of my dad, and he was ecstatic when I gave it to him. He began showing me his collection once again, then held up this one bottle and began telling me a story from his childhood that was linked to this contoured glass. Amazing isn’t it? The power of a brand to effortlessly weave itself into someone’s most fondest memories.

Ah…we’ve all seen them at one point or another. I’m not talking about print ads or a logo on a pen, I’m talking about actual non-Coca-Cola related products shaped like…well a Coca-Cola bottle. There’s not much an in-depth analysis here, I just wanted to show you guys how much our country loves Coca-Cola. I’ve collected a couple of images, take a look: