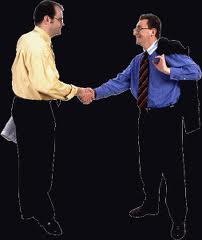 The designed advertisement is an advertisement of a perfume company. They have a strong background of manufacturing perfume of seventy-five years. Through this advertisement organization tries to introduce a new series of perfume (a new brand) along with their old and very much popular brand.

The organization believes in the product concept among the entire marketing concept. They believe that the quality of the product always should come first than any other issue. This is why the have built a strong positive image into their consumers mind. This is why their brand is established all over the world.

The aim or goal of this advertisement is nothing but trying to introduce a new brand to the consumer in a broad shadow of a established brand which has very good reputation in market.

Offices France, United States of America, United Arab Emirates and in some other country.

Tendre Poison and Christian Dior Paris is the establish brand in the world market. These two brands have a very good reputation in the world market for their excellent quality and essence. Now the company going to introduce another brand into the market named Albiato Rodio. This product has also the nearer quality.

In the question of audience the targeted audiences are those parts of the community who has rich purchasing power so also rich culture.

Rationale for the advertisement

The organization have two established brand Tendre poison and Christian Dior Paris which are vary famous and a satisfactory numbers of loyal consumers but although the organization wants to launch a new series of perfume under a new brand name. The new brand name is Albiato Rodio, which one is not as much as exposed to people like others brands. Management wants to make his brand popular.

Towards the way of introduce the brand it is very necessary to inform every potential customers about the brand. This is why the brand needs massive advertisement. People have good experience with the other brands of the company and management want people to be interested in new brand Albiato Rodio.

The appropriate way to convey a message to the huge number of people is to publish the advertisement into a mass media. The established mediums are TV channel different newspapers etc, because of their huge numbers of client. In a short term it is wise to publish a advertisement in a newspaper. It has two advantages than other medium one is its short preparation time and another one peoples believes more on written words.

Rationale for choosing a newspaper

There are some reason believed the choosing the media or newspaper. To make it clear we have to consider the objective or aim to the advertisement and which media will be must helpful to achieve the objective.

Objective of the advertisement are-

ü    To reach the minimum number of people.

ü    To reach the upper and lower upper class people.

ü    To introduce a new brand.

ü    To reminder about the established brand.

ü    To notice the person (who leads luxurious life) about the product.

Since the company is going to launch or new brand and to the make people about the brand the new people are the brand media to reach the most number of people. Because it is considered as mass media and the elite class or the upper class people have a consumer phenomena in their character to read newspaper.

The mews papers are the important then any other media and people have the characteristics to believe in written words move than the other one which is going to show in TV or other mass media. To introduce the product the minimum people newspapers in the ideal one or a media to published advertisement.

Why we have chosen The Daily Star (Star weekend magazine), Financial express, The Daily Observer and The Prothom Alo (Noksha). Reason behind the selection these newspapers are there are the most popular newspapers among the all nationals of the country. Noksha is a famous one to the ladies; star weekend magazine has popularity in all level of people. Financial express is a newspaper read by the executives of the country. Daily observer has a golden reputation to the people of old age and this one is very much popular to the old people of alit class.

In the question of budget the company has chosen objective task method. They have emphasized on their objective to set the costs. The situation like that they have to introduce a new brand to people beside their other brand.

The detailed of the approximate budget are given bellow-


Page and numbers of columns of newspaper

The advertisement of the product will be given on the special tabloid of the newspaper which is published on a special occasion or on the routine time of the week. The details about page numbers and columns are described bellow-

Colors to be used

Impact of the advertisement

ü  People will notice the advertisement.

ü  People will get reminder about the brand.

ü  Introduce a new brand in the shade of the established brand.

ü  Make a good impression about the new brand like others established brand.

ü  To convey the message to the upper and lower upper class of the society (people with higher income level).

ü  To serve the message to those people who and who and concern about fashion and image.

The heading of the advertisement will make the people think that the first duty of the organization in to think the requirements of the customer. The company is going importance to the customer through calling their client (though it’s a product in these sense it should be customer / consumer). Organization trying to make the people think about the company and customers are related with a very special relation at organization are always agar to fulfill their requirements and demand.

What the customer of upper class wants from a manufacturer the thing in the quality of the product. They are ready to pay the manufacturer it and to be loyal to the brand, if the brand paid them quality product. As the organization has reputation in market for their quality and the heading of the advertisement are providing the same manage. So it can be told that the target audience expectation are matching with the advertisements manage. So it will make the people convinced to try the new product so also a reminder about the established brand.

What are the ultimate objectives of the advertisement? Obviously it is to increase the old sales percentages. Since people will be noticed about the new brand of the organization and the previous experience about the other brand and company reputation will convince the people new one.

Even the most skillful people of the universe have some limitation. The main obstacles in front of the job were unavailability of necessary requirements and so also the limitations were shortage of appropriate technical knowledge.

More over the subject Advertising and Salesmanship is a vast one and due to the scarce time we could not complete some of the important portions. Have we had enough time and given proper information, it was for sure that we could have developed a much better project on such topic.