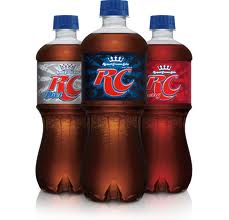 Our Mission
“Our mission is to provide value at an economic cost, progress in diversity, and continue
to contribute to the growth of industrialization in Bangladesh by being the market challenger”
In 1994, Mr. M. A. Hashem, Chairman of Partex Group visited an International Trade Exhibition in the US, where he happened to meet the executives of Royal Crown Cola Co. International. From then on he started conceptualizing the idea of “RC” beverage brand in Bangladesh. With international brand name recognition and quality he expected that it would gain acceptability in the Bangladesh market.
When he returned, a wide range of marketing research was carried out by Partex as well as RC International. After positive results, in 1996, the Corporate Head and the Directors formed Partex Beverage Ltd. Mr. Rubel Aziz, one of the pioneers of the concept of RC, was given the position of Managing Director. Funds worth Tk. 10 Crore were raised as part of Equity from the Group. Although registered as a Public Limited Company, no public offerings have been made as yet. The factory was setup in Rajendrapur, 40km away from Dhaka city. The company commenced commercial production on 6th October 1997, and RC was launched in Dhaka on 20th October 1997. This is the story of how Partex Beverage Limited became the sole official bottler of Royal Crown Cola Co. International.
Now it has been almost 3 years since then, and a number of new products, in new and innovative packages have been introduced to the market. Partex Beverage has also introduced RC outside Dhaka into unexplored markets. We are proud to say that we have stuck to our mission and are now worth over Taka 80 crore (US$ 16 Million).

Royal Crown Company Inc., originally called the Union Bottling Works, was born in Columbus, Ga. in 1905. A young graduate pharmacist, Claud A. Hatcher, began creating his own soft drinks in the basement of his family’s wholesale grocery business. From these humble beginnings, Royal Crown Cola Co. grew to be the third largest soft drink company in America. At first, the Hatcher Grocery Co. purchased bottled drinks from a local bottler and resold them to its grocery customers. As this part of the business grew, Mr. Hatcher insisted that the bottler pay the company a commission or compensate him in some way for handling the drinks. A dispute arose and Mr. Hatcher concluded that his company had purchased its last case of drinks from an outsider. Henceforth, it would produce and bottle its own drinks under its own labels.

The first line of beverages was named Royal Crown, and the first cola drink that he devised was called Chero-Cola. Subsequent generations were to apply the Royal Crown trademark to a cola, and it was to become so important that the corporation would be renamed “Royal Crown Cola Co.” Shortly after the Hatcher Grocery Company decided to engage in the manufacture of soft drinks, its officials organized the wholly owned Union Bottling Works. The manufacture and bottling of soft drink syrups continued within the framework of the Union Bottling Works until 1912, when the newly organized Chero-Cola Co. took over the business and vastly expanded it. Among the early products were Royal Crown Ginger Ale, Royal Crown Strawberry, Royal Crown Root Beer and Chero-Cola.

As the sales of carbonated beverages by the Hatcher Grocery Co. became more important, it was decided to incorporate the Chero-Cola Co. In 1912, a charter was granted by Judge S. Price Gilbert in Muscogee County Superior Court of Columbus. The company was to manufacture a line of syrups and flavour concentrates to be sold to franchised bottlers who bottle and sell these concentrates and syrups under trademarks owned by the Chero-Cola Co. In April of 1914, Chero-Cola Co. filed application in the United States Patent Office to register its trademark, Chero-Cola. The Coca-Cola Company then instituted a law suit that lasted for more than nine years. In fact, litigation concerning the use of the company’s trademark continued in one form or another until 1944 when the final victory was won by Royal Crown Cola Co., setting for all times its right to use the word “cola” in the name of its beverages. The years 1914 – 1920 showed steady, but at times, rapid growth in sales. Both profits and company assets increased steadily. 28th October
Just before the closing stages of 1998, after assigning of few new distributors, Partex
Beverage began distributing in Comilla, which added to its penetration in the southern
rigion.
1999, Market Presense
20th May
To add its line of products, Partex Beverage introduced three of RC’s flavours (RC Cola,
Cloudy Lemon and Royel Orange) in 1 liter Glass bottles. In one short, this new size was
introduced to all its existing markets ( Greater Dhaka, Chittagong, Noakhali and Comilla ).
2000, Market Presense
15th March
For the first time in Bangladesh, as planned, Partex Beverage launched RC flavors in the
revolutionary food grade PET bottles in two sixes- 1.0 and 1.5 Liter, in Greater Dhaka.

Within a few weeks, Partex Beverage, went on to penetrate not only their exixting markets,
but also markets that they had left unexplored due to the constraints of glass packaging.
26th March
Just before the Asia Cup, which was held in Dhaka, Partex Beverage added a feather to
its cup, by launching its own mineral water brand, MUM. It was introduced in food grade
PET in two sizes- 0.5 and 1.5 Liter.
6th April
Partex Beverage launched their products in Sylhet, one of the largest markets in
Bangladesh, with the introduction of RC Flavors and MUM in PET. This PBL did by
mobilization of distributors of Danish Distribution Network. By this pointing time,
Partex Beverage had mobilizing a total of 101 distributors.

Sales Promotions:
Sales promotion objectives vary widely. Sellers may use consumer promotions to increases short-term sale or to help build long term market share. Consumer promotions must usually be advertised a can add excitement and pulling power to ads. Trade and sales force promotions support the company’s personal selling process. In the below we would relate our textbook ingredient of sales promotion to RC.

A small amount of a product offered to consumers for trial. So far we know, they don’t or didn’t practice this tool, not even in the initial level i.e. the time when they launch the product rather they used advertising specialty tool.

certificate that gives buyers a saving when they purchase a specified product. RC occasionally uses this type of promotional activities whenever they realize their sales need to be increased. For an instance they arranged a promotional event, which had the chance to win a free trip to Singapore, Kuala Lumpur and Katmandu. Time to time, they strive to come up with such kind of promotional campaign.

offer to refund part of the purchase price of a product to consumers who send a” proof of purchase” to the manufacturer. As far as we know, RC never offered this type of promotional tool.

“Reduce the price that is marked by the producer directly on the lebel or package.” RC’s most effective sales promotion relies particularly on this type of tool. For an example RC straightly reduce tk.5 from it’s 1.5 litre pet bottle which list price is 40/ tk currently, but normally it should have priced 45/ tk. By reducing the price RC try to penetrate it’s consumers to consume more and more. And they achieved maximum amount of response from this.

“Good offered either free or at low cost as an incentive to buy a product.” In this regard RC occasionally offered some kind of gift for free or charge at lower cost to it’ various product under the soft drinks product line. For an instance, in their initial stages they offered one good-looking premium glass free with two 1500 ml liters bottle in late 1999.

“Useful article in printed with an advertiser name given as a gift to consumers. During the initial stage the very early of it’s launching time in 1998; it was the most effective promotional campaign. They offered 1 bottle 250 ml soft drink for each printed ad in the newspaper as evidence.

“cash or other award for the regular use of a certain company’s product or service.” So far we observed, RC does not provide any kind of patronage reward to it’s consumers rather they provide same tool for it’s channel members as trade promotion. Moreover, in terms consumptions rate it’s not possible to keep record that is consuming more.

Displays and demonstration that take place at the point of purchase or sale. RC made some kind of agreement to lots of restaurants, fast food stores, familiar markets etc to display its demo product or demonstration. Try to give an example here.