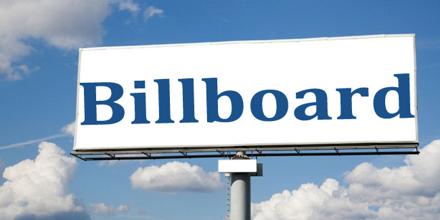 This article actually focus on Billboard, which is a large outdoor advertising structure, typically found in high-traffic areas such as alongside busy roads. It present large advertisements to passing pedestrians and drivers. The largest standard-size billboards, known as Bulletins, are located primarily on major highways, expressways or principal arterials, and command high-density consumer exposure. Some billboard designs spill outside the actual space given to them by the billboard, with parts of figures hanging off the billboard edges or jutting out of the billboard in three dimensions.