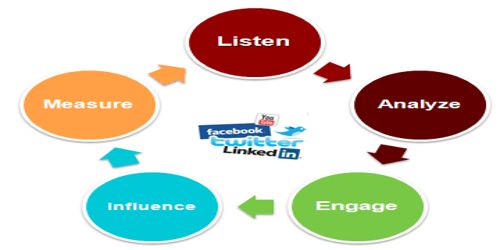 Corporations are the one who are striving during the whole time for improvements. They are turning to all kind of forms of corporate societal marketing programs to help build and repair their brand images.

Corporate Social Marketing, or CSM, usually refers to marketing efforts that have at least one social related objective, such as charity founding, among its goals. Typical examples are releasing a certain percentage of the final sale product to a charity related to the product, or sponsoring events that encourage social well-being such as the Olympic Games. Corporate Social Marketing benefits a company in many ways, but its main goal is to improve the image the public has of the company. A company that appears committed to improving the lives or others, the environment or other worthy causes is seen in a better light than one who doesn’t, and more and more business are hoping to benefit from that.

So, it can be so, that CSM programs are becoming extremely popular because the leaders believe that it is a good business to be viewed as a socially responsible company [15]. However, even though past research suggests that CSM may be effective in improving brand equity and increasing market share, there are limits to the effectiveness of these initiatives.

An example of his is how corporate social initiatives adversely affected purchase intentions if consumers perceived that the company would forgo product quality in order to be socially responsible.

Since firms exist to make a profit, consumers may spend considerable energy in an attempt to infer motives related to the profit-oriented goals. An example – consumer may be suspicious of a tobacco company that undertakes a campaign to prevent underage smoking. If this is successful, the company would be affected and the cigarette sales will be lowered. So, in this situation, consumers’ suspicions may lead them to infer motives that would actually protect the companies financial condition – as they are trying to improve their image to sell more cigarettes to adults. However, if a tobacco company undertook a CSM Campaign, that would sustain their business consumers may be able to infer profit motives more easily and then have a more favorable attitude toward the partnership. So it can be concluded that the attitude of the consumers could be better if they knew more about the motives of the companies and they were more obvious. Another aspect that may cause suspicion with consumers is the amount of harm that a company has already done, either because of unsafe products or harmful production practices. It is logical that consumers are more suspicious to companies that sell harmful products. Again examples are the tobacco companies and alcohol companies as well. They will meet resistance from consumers when they undertake socially-oriented campaigns aimed at mitigating the effects of their products.

This classification can briefly show how consumer are influenced by the various CSM efforts. Companies that work in this “dangerous” industries are not that successful always, because the consumers may be suspicious of any societal efforts the company attempts to undertake. Consumers will infer less society-serving motives and more self-serving motives for corporate societal marketing programs undertaken by firms that operate in mixed or sin industries.

Societal marketing has received a considerable amount of critique.

Gaski argued whether the marketers should step away from their classic goal of customer satisfaction and profit maximization while respecting the minimum governmental standards imposed by law and enter this public policy area, since would have to decide themselves what actions are consistent with the public welfare. Gaski states that the marketers might not have the competence, nor the right, to decide what public interest is, since it should be the customers who decide what is good for them, or their political representants and dictate that to the industry.

The societal marketing concept has become an excellent strategy for promotions with social dimensions and for exploring consumers’ behavioural response to such corporate ‘ doing good’.

Most companies recognize that socially responsible activities improve their image among customers, stockholders, the financial community, and other relevant publics. Ethical and socially responsible practices are simply good business, resulting not only in favorable image, but ultimately in increased sales.

1) The Body Shop: The Body Shop International plc is the original, natural and ethical beauty brand. The company uses only plant based materials for its products. It is against Animal testing, supports community trade, activate Self Esteem, Defend Human Rights, and overall protection of the planet. They have also their own charity, The Body Shop Foundation, to assist those working to achieve progress in the areas of human and civil rights, environmental and animal protection. Thus Body shop is really following the concept of Societal Marketing.